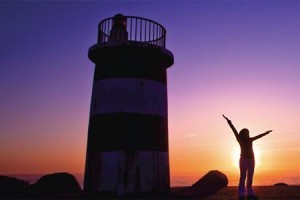 Podcast: Abuse and the Forgiveness Dilemma

The April 2012 General Conference featured a terrific talk by President Uchtdorf, “The Merciful Obtain Mercy,” that reinforces the importance of being forgiving and non-judgmental. He “bottom lines” his message with the following statement: “This topic of judging others could actually be taught in a two-word sermon. When it comes to hating, gossiping, ignoring, ridiculing, holding grudges, or wanting to cause harm, please apply the following: Stop it! It’s that simple. We simply have to stop judging others and replace judgmental thoughts and feelings with a heart full of love for God and His children.” Earlier in the talk, he cited D&C 64:9, “Forgive one another; for he that forgiveth not . . . [stands] condemned before the Lord; for there remaineth in him the greater sin.” For the vast majority of Latter-day Saints, such messages are wonderfully received. When it comes to judging and hating and resenting and holding grudges, yes, we should “stop it.” Most listeners would also hear in an earnest spirit of striving to do better the scriptural statement that those who fail to forgive others are sinful—perhaps condemned even more than the one who did the offending.

But what about abuse victims? What about those who have been physically, sexually, emotionally abused—sometimes relentlessly and violently? How would they hear such messages? Is a warning that they must forgive their abusers, rapists, torturers or else they are even worse sinners than them a good one to hear? Can certain messages that are wonderful in most cases (and no one is imagining that abuse victims were on President Uchtdorf’s mind when he gave his remarks) be heard in spiritually and emotionally damaging ways by those whose self image distorted by internalized shame over the abuse they received as a child or whose lives are in danger or souls are being warped by abuse even in the present?