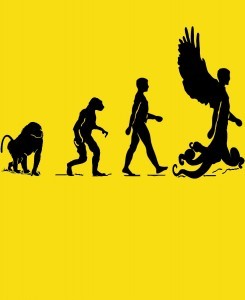 Technological advancements in recent decades have drastically altered human experience, with computing power and many other technologies growing at exponential rates. Our lives will continue to change, and most likely in ways that are presently incomprehensible. “Transhumanism” is a relatively new movement that is carefully considering this immanent future, paying particular concern to how humanity will be changed—for already, and certainly in a more thoroughgoing way than ever before, it is poised to be a primary actor in its own evolution. How can we increase the likelihood that this future will better than the present, that we as transforming, evolving humans (“transhumans”–people on the way to being something more) and societies will become more benevolent, more concerned with alleviating suffering and having compassionate concern for all? And given that many scientists and technological innovators have primarily secular orientations, is there a role for religion and spiritual traditions to inform Transhumanist discussions and help shape this future? What can religious mythologies, terminologies, concepts, and social forms bring to the table that secular-based ethics and perspectives cannot?

Into this fray comes the Mormon Transhumanist Association (MTA), which in 2006 was admitted to the World Transhumanist Association as its first religious special-interest affiliate. MTA leaders, two of them panelists in this podcast, see in Mormonism many sensibilities and views of humanity and God that match well with Transhumanist perspectives. The LDS ideas of eternal progression, including the description of Gods as once being like us and our call to become just like them and emphasis on “worlds without end,” along with its strong naturalism, optimism, universalism, and sense of the importance of community/society building, all make Mormonism a great conversation partner for and bridge-builder between the religious and scientific/technological worlds. Can Mormonism and other religions that have long been discussing human transformation, deification, concern for others, and ways to mitigate human tendencies toward selfishness and evil serve the emerging future well by contributing their energies and ability to move and inspire us to active faith and action in creating a future in which we flourish rather than destroy ourselves?