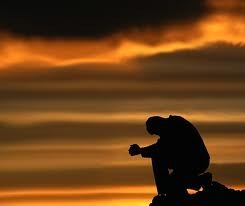 Mormons pray . . . a lot! Latter-day Saints are encouraged to have daily (twice or more) personal prayer, family prayer including children (in addition to parents praying together), prayers before meals, prayers for safety, and even other injunctions to “pray without ceasing.” Mormon meetings and classes all open and close with prayer, and Mormons offer scripted prayers when blessing the emblems of the sacrament, when baptizing, and performing certain temple ordinances, and they offer blessings and other types of prayers in language that isn’t scripted but that must include certain elements. LDS rhetoric also often prescribes certain language forms or prayer while in particular physical postures as most appropriate for prayer. Clearly, Mormons are a prayerful people. But how much do Mormons really practice prayer? Are they encouraged to see prayer as a deep spiritual praxis? Certainly the scriptures and occasional messages from Church leaders point in this direction, but how many Latter-day Saints truly move much beyond a type of prayer practice that typified what they learned in their childhood and teenage years and into much more mature relationship with God that might even include protest, lament, confessions of disbelief, as well as the joyousness of deeper exposure and vulnerability, and coming into friendship with God and truly seeing themselves the way God sees them?

In this episode, Mormon Matters host Dan Wotherspoon and panelists Joanna Brooks, Tresa Edmunds, and Jacob Baker examine Mormon prayer as it functions in LDS communal life and typical praxis, as well as discuss perspectives and practices they have incorporated or have been made aware of in their own journeys or wider reading and experiences. At several points in the podcast, they also pay particular attention to prayer as a possible praxis even for those undergoing faith crisis or transition, and who may have lost confidence in previous views of what God is like–or even if there is a God.