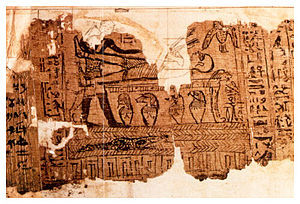 Podcast: What Happened to the Mummies and Papyri Joseph Smith Purchased That Led to the Book of Abraham?

In this fascinating podcast from LDS Perspectives, Dr. John Gee sheds interesting light on some of the biggest mysteries associated with the Book of Abraham and its translation.

Having studied the topic for 30 years, he shares intriguing details of Joseph Smith's purchase of the papyri that the Book of Abraham was translated from as well as the Church's acquisition of fragments of the same papyri in the late 1960s.

An interesting part of the history of these papyri and the mummies acquired with them is that "Joseph [Smith] gave them to his mom and let her show them to people for 25 cents," Dr. Gee shares. He continues, "It was a way of providing her with an income" after Joseph Smith Sr. passed away.

After Lucy Mack Smith died, Emma Smith sold the mummies and papyri, in part because Dr. Gee is convinced she was "sick of having dead bodies laying around the house."

Dr. John Gee shares more about this topic in the book A Reason for Faith, which also includes other articles by experts that explain confusing or controversial aspects of Church history.

Lead image from Wikimedia Commons of a portion of the papyri used by Joseph Smith as the source of the Book of Abraham.