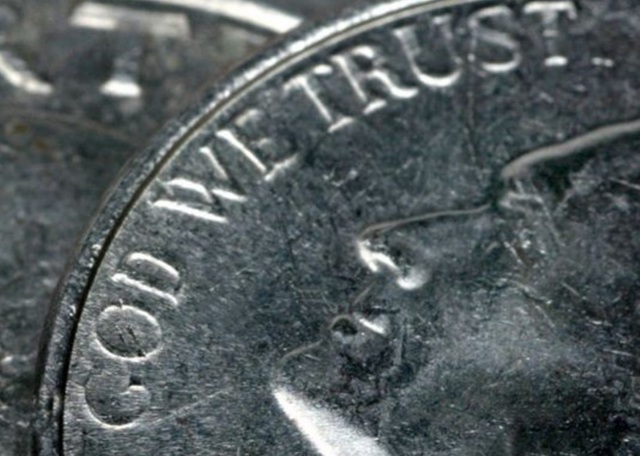 MR says: What happens when dozens of police departments across the country begin placing "In God We Trust" on their patrol cars? Something unexpected.

It took 151 years, but “In God We Trust" has gone viral. The phrase, first placed on a U.S. coin in 1864, has become the message of choice for a growing number of law enforcement agencies across the country.

“There are all these news stories about Ferguson and Baltimore, and I have personally been in a firefight and when you come out of one of those, you know you’re trusting in God,” Nathan Stevens, police chief of Cave City, Ark., told KAIT television. Fueled by controversies over aggressive policing and seemingly random attacks on officers dozens of departments have placed “In God We Trust” on patrol cars.

Despite our constitutional guarantee that government cannot promote a specific religion, the decals will remain. The reason: A 1970 federal court decision that came to the surprising conclusion that “In God We Trust” is not a religious expression.