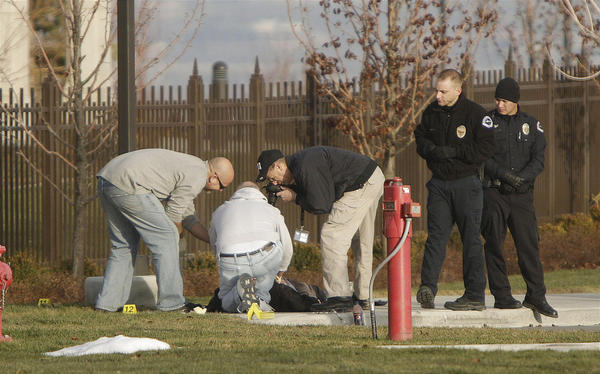 The man shot and killed by police outside the LDS Church's Oquirrh Mountain Utah Temple was heavily armed and running toward a group of people with a loaded shotgun when he was shot, according to police.

Police released the man's name on Monday. They said Daniel M. Pogue, 54, had already unloaded two shotguns, one rifle and multiple swords out of his vehicle and thrown them through the gate onto temple property Saturday when he was confronted by police.

He had also been seen "chopping on the fence surrounding the temple" with a machete, according to a statement from South Jordan police.
Read the rest of this story at deseret.com