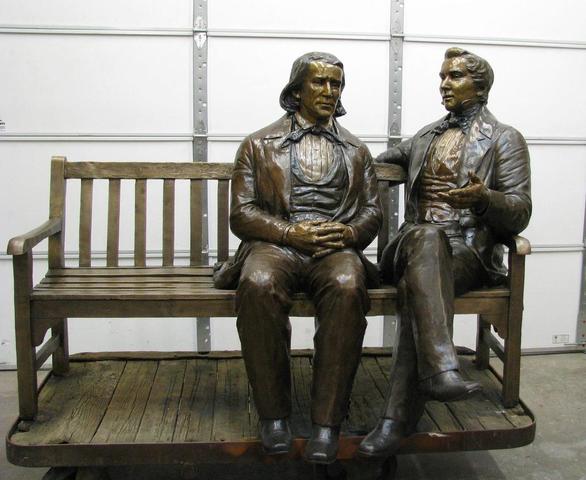 Salt Lake City police are looking for an 800-pound statue of Joseph Smith and Brigham Young after it was stolen early Tuesday morning.

According to the Deseret News, three men and one woman managed to load the statue, which was located near the parking lot of Northgate Business Park, 825 N. 300 West in Salt Lake City, onto a flatbed trailer towed by a white SUV at around 4 a.m.

The statue, which depicts Joseph Smith and Brigham Young sitting on a park bench, is worth $125,000 and police worry that the thieves might try to cut down the statue to sell as scrap metal, according to the Deseret News.

Anyone with information about the stolen statue can call police at 801-799-3000.