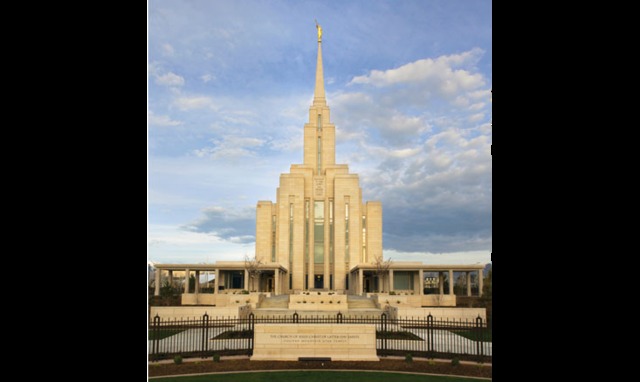 Police shot and killed a man after he refused to drop his shotgun and headed toward a group of people on a Christmas Day stroll outside a Utah Mormon Temple, authorities said.

The man had been in an altercation Saturday afternoon in the parking lot outside the Oquirrh Mountain Temple of The Church of Jesus Christ of Latter-day Saints, South Jordan police Lt. Dan Starks said.

"The adult male armed with a shotgun had become involved with at least one other person on the temple grounds," Starks told The Associated Press.
Read the rest of this story at npr.org