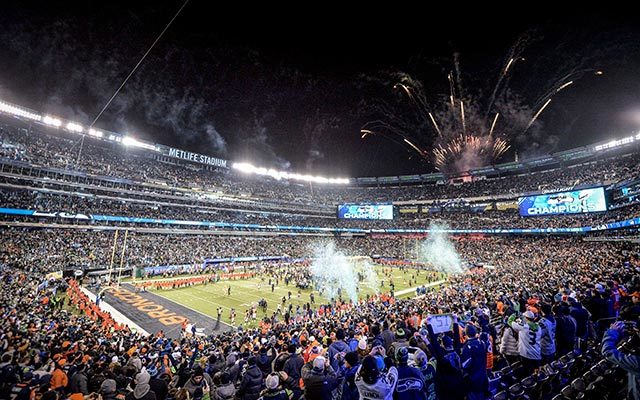 Poll: Do You Watch the Super Bowl on Sundays?

To watch or not to watch? That is the question.

I still remember the first Super Bowl I ever watched. I had recently moved to Seattle, Washington, and the state's beloved team, the Seahawks, made it to this game of all games for the first time in a long time. It was big news. Seattle fans, in particular, are known for their loyalty (and their record-breaking cheering--as loud as a jet engine when they play at home). It was incredibly easy for my non-sports-following family to get swept up in the excitement, and for the first time in our lives, we wanted to watch the Super Bowl.

Which is always, we knew, without fail played on a Sunday.

Lucky for us, one of our neighbors had an ingenious plan: he would record the game, and we would hold our Super Bowl party on Monday. We'd stay away from media outlets (not hard on a Sunday) and all be surprised by the outcome Monday morning instead. Given how my family isn't big on sports, waiting wasn't hard for us, but for many, I can sympathize with the flaws present in this plan. It's so easy to just check score updates discretely between family dinner and scripture study.

Still, even if a few at our party had "cheated," a fun time was had by all and it was a great introduction to sports for me.

But, after marrying a sports enthusiast, the questions of whether or not to watch the Super Bowl on Sundays began to change for my family.

Over the years, I've heard arguments on both sides: sporting events are inherently rambunctious and can drive the Spirit away, but they're also a great way to bond with family members and have an overall uplifting experience as we celebrate rich traditions together. With plenty of sporting now under my belt, I can see it both ways.

But I'm curious to see how many Mormons will be watching the Super Bowl this year.

Take the poll and let us know: