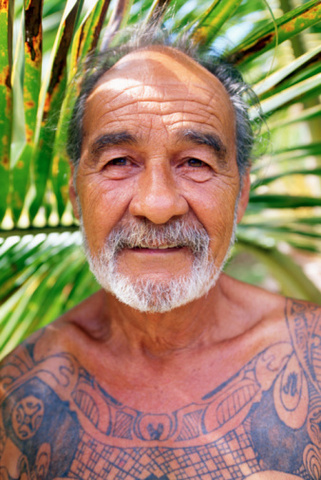 Editor's note: This is the first of a two-part series exploring the cultural barriers and blessings in the Polynesian culture.

It is Tonga's sole contribution to the English language. Taken from the Tongan word "Tapu," meaning "restricted" or "sacred." Technically, we could also claim "tattoo," though it's an amalgamation of a Polynesian word — Tahitians called it "tattau," Samoans' "tatau" and Tongans' "ta ta tau," all meaning "to mark."

I think it's interesting that both words, taboo and tattoo, apply to our bodies. We view the human body as sacred, to be restricted from others and even ourselves, from sexual touching or arousal in ways that are taboo. As Latter-day Saints, we are counseled by modern prophets to avoid marking our bodies with tattoos or body piercings.

British sailors exploring the South Pacific in the 18th century were enamored with the tattoos that adorned chiefs and warriors throughout Polynesia. Thus began a history of sailors and tattooing in foreign ports that exits today. In the last 10 to 20 years, the art has become more mainstreamed in American culture. I see it on shoulders, ankles, wrists and calves in our pews on Sundays, and that's just in Relief Society. I concede that here in the East or any place with new converts, we must be understanding of alternative lifestyles before conversion. But more often than I'd like, I see tattoos on returned missionaries and some women who grew up in the church.