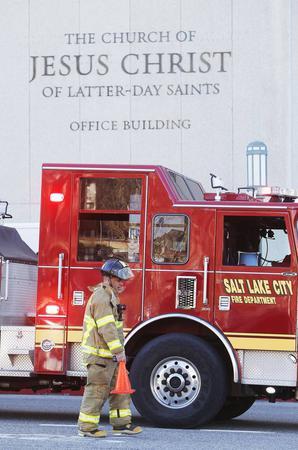 Powder at LDS Church Office Building 'Not a Credible Threat'

But as of Friday afternoon, Salt Lake fire spokesman Jasen Asay said investigators believed the powder was "not a credible threat."

About 10 a.m., hazardous materials crews were called to the third floor of the office building of The Church of Jesus Christ of Latter-day Saints, 50 E. North Temple.

"It's where the missionary department is," Asay said.