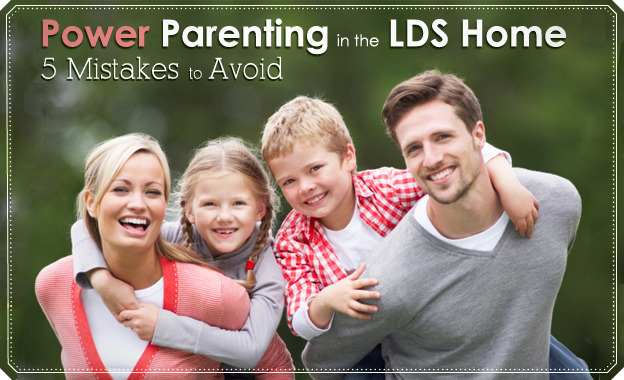 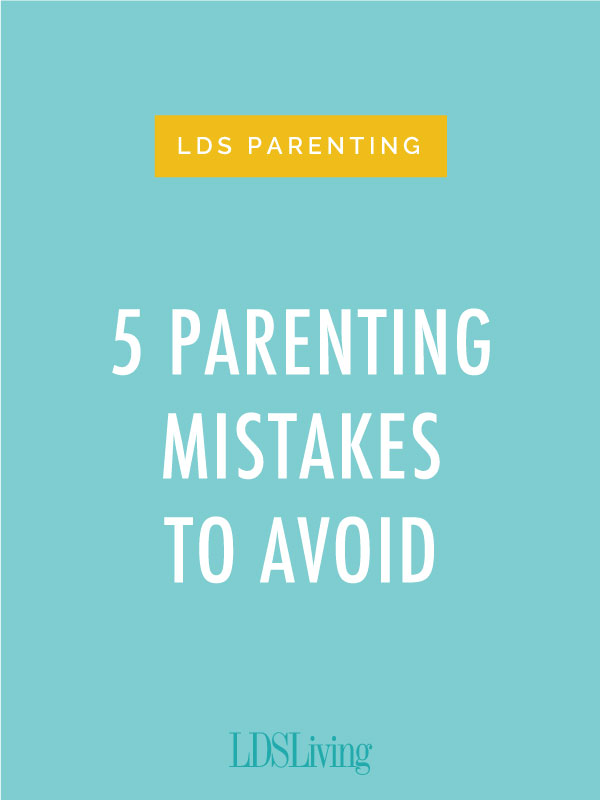 Our day is like no other in the history of the world. Think of the tremendous progress made in technology just during your lifetime. For example, we now have “smart phones” that are also a camera, GPS, calculator, clock, flashlight, game console, search engine, and much more.

Our society is making tremendous progress when it comes to technology, while the most important unit in society is falling apart. What is the problem? I believe it is the failure to correct our parenting mistakes. Bishop Victor L. Brown said, “Satan’s ultimate goal is to destroy the family.” To stop Satan from succeeding, we must approach the family just as brilliant scientists have approached technology and learn from our mistakes to make progress.

For those who seek to improve their parenting and follow counsel from the prophets, great promises are given. However, it is not easy for most to admit their mistakes. All too often, we can recognize mistakes made by others while having a blind spot when it comes to our own.

With this in mind, approximately 500 active LDS members nationwide were asked to answer this question: What mistakes do you feel your parents made when you were growing up in their home?

Here’s what they had to say.

#1: Failure to establish a home environment that reflects the gospel

“Our home environment did not seem to reflect what my parents professed to believe in. For example, there were no pictures of Christ or temples on the walls of any of the rooms in our home.” —Survey respondent

Over the years, I have had the opportunity to stay with many LDS families while on speaking assignments. Often the

parents have had me sleep in a teenager’s bedroom. In some of these rooms, I have noticed pictures of tattooed and scantily clad movie stars, along with televisions, computers, and teen magazines. In others, I have seen pictures of Christ and temples, with scriptures and journals lying on the nightstand. I can truthfully say that the teenagers who lived in those rooms seemed to reflect the values of the things in their rooms.

President Ezra Taft Benson said of righteous Saints, “Enter their homes, and the pictures on their walls, the books on their shelves, the music in the air, their words and acts reveal them as Christians.” When we say we are committed to the gospel but have no outward displays of that commitment in our homes, we may confuse our children.

Try this: Take a tour of every room in your home to see if the pictures on the walls, books on the shelves, music, television stations, and internet sites reflect the values of the gospel. Make changes as necessary to create a Christ-centered home.

#2: Failure to be at the crossroads of children’s lives

The best way to help youth avoid serious sin is to recognize warning signs before the adversary can take hold. Speaking to parents, President Ezra Taft Benson said, “Take time to always be at the crossroads when your children are either coming or going.”

Very seldom do active LDS youth fall quickly into serious sin. They are usually crossroads and viewing their countenances every day and night, you can tell if anything is wrong, even if it’s just by reading their body language. There is a much greater chance of preventing serious sin if problems are caught early.

#3: Allowing children to associate too closely with friends who do not share their same standards

“My parents let me hang out with people who did not have the same standards as our family. I went out with some shady characters and got into more trouble than I should have.” —Survey respondent

If you want to know what your children are doing, look closely at their friends. Good friends almost always do the same kinds of things because friends are often chosen on the basis of similarities. By the same token, those who want to join a group of friends will often modify their behavior to conform to the values of the group. The old saying “birds of a feather flock together” is usually true.

Speaking to youth, President Thomas S. Monson said: “In a survey made in selected wards and stakes of the Church, we learned a most significant fact: those persons whose friends married in the temple usually married in the temple. . . . The influence of one’s friends appeared to be a highly dominant factor—even more so than parental urging, classroom instruction, or proximity to a temple.” Did you catch what he said? Friends have more of an impact on children than parents, seminary, Young Men and Young Women, or where you live.

President Gordon B. Hinckley taught that youth who are friends “with those of their own kind” tend to “do well and to excel in their endeavors.” He then gave this inspired counsel to parents: “Open your homes to the friends of your children. If you find they have big appetites, close your eyes and let them eat. Make your children’s friends your friends.”

Try this: Open your home to your children’s friends and provide plenty of food, fun, and love.

#4: Failure to express love and give appropriate physical affection to family members

“The only time I remember my mother giving me a brief hug was when I was leaving for college. I think we were all starved for affection and went seeking it outside the home.” —Survey respondent

A few years ago, I attended a talk given to approximately 350 LDS youth by a very popular speaker. The message was well presented, and the youth responded positively. After the class ended, several teenagers moved to the front of the room to talk to this man. Instead of the traditional handshake, the speaker hugged each of the youth, patted them on the back, and  told them how special they were.

Then something unusual happened. Many of those leaving the classroom noticed what was happening and came back. A long line formed for an opportunity to get a hug and uplifting words from this dynamic teacher. Many of the teenagers even burst into tears after their short embrace. After I spoke to several of the youth, it became obvious to me that it wasn’t just the talk that affected them that day: it was the physical embrace and the words of encouragement that triggered their emotions.

Research shows that youth who do not receive appropriate affection from parents often seek it outside the home. The frightening thing is the apparent connection between lack of affection in a youth’s life and the high rates of immorality in our society. Parents should follow the example of Jesus Christ: “And it came to pass that when Jesus had made an end of these sayings, he touched with his hand the disciples whom he had chosen, one by one, even until he had touched them all, and spake unto them as he touched them” (3 Nephi 18:36). Perhaps of all the ways of showing love, appropriate physical touch is the most powerful.

Try this: Make it a daily ritual that you tell your children you love them and give them appropriate physical affection.

#5: Allowing children to steady date during the teen years

“I feel my parents’ mistake was to be too trusting of what teenagers who were taught the gospel would do when placed in tempting situations. Going steady was my downfall.” —Survey respondent

Every prophet in modern times has given stark warnings about the dangers of steady dating during the teen years. President Gordon B. Hinckley, for example, said, “Steady dating at an early age leads so often to tragedy. Studies have shown that the longer a boy and girl date one another, the more likely they are to get into trouble. It is better . . . to date a variety of companions until you are ready to marry.” And yet, we see many youth within the Church steady dating. It appears that it is not just young people who get excited about steady relationships; often parents encourage it. Perhaps you have heard comments like these from LDS parents:

So what’s the big deal about steady dating? While young single adults are encouraged to marry, few parents would suggest two 16-year-olds get married. And yet, many seem fine with their teenagers being in committed relationships.

LDS youth and young single adults seldom fall into immorality overnight. Most have been taught all through life that physical intimacy outside the bonds of marriage is a sin. To go against those teachings, young people are usually broken down in gradual steps. Steady dating allows that to happen because it ignites powerful feelings for another person.

Try this: Do not allow your children to steady date during their teen years. Set clear boundaries and follow up on dates with questions about who went and what activities were involved.

Nearly every corporation in America has a mission statement that provides direction for decisions made within the company. Parents should do the same in their household. Simply put, make your family’s mission statement one of obedience to the loving counsel of the modern prophets.

Randal A. Wright is an accomplished author with a Ph.D. in family studies. For more on LDS parenting and the results of his survey, check out Power Parenting in the LDS Home.