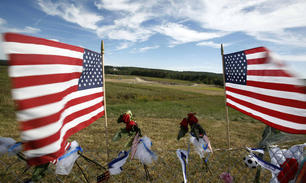 Christian conservatives are condemning Mayor Michael Bloomberg's decision to bar clergy-led prayer at the 10th anniversary commemoration of the terrorist attacks, calling the program an insult. Others wonder whether the mayor is trying to dodge the potentially thorny issue of including a Muslim representative.

The mayor's office says the annual event focuses on relatives of Sept. 11 victims and has never included clergy invocations. Bloomberg has said it would be impossible to include everyone who would like to participate.

Evelyn Erskine, a Bloomberg spokeswoman, said the program was designed in coordination with 9/11 families and included readings that were "spiritual and personal in nature." Six moments of silence were planned for personal reflection and prayer. Police and fire chaplains who work with the 9/11 families will attend.