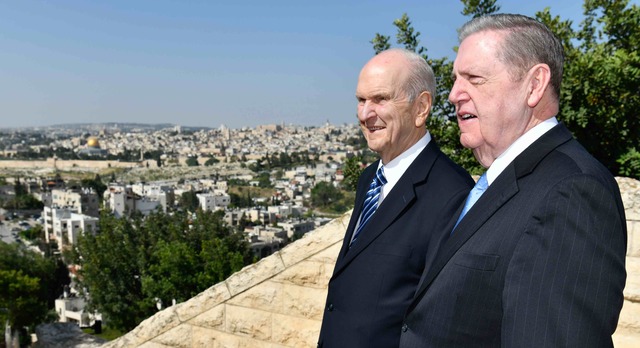 He was visiting Jerusalem as part of his Global Ministry Tour. He arrived in Jerusalem on Friday night from London—the first stop on the tour—with Sister Wendy Nelson, Elder Jeffrey R. Holland, Sister Patricia T. Holland, as well as others.

"President Nelson has left Jerusalem ahead of schedule. Due to concerns pertaining to tension in the region, and available airspace, he and Sister Nelson departed after today's district conference.

"Elder and Sister Holland are with them and will commence the Africa portion of this trip sooner than planned."