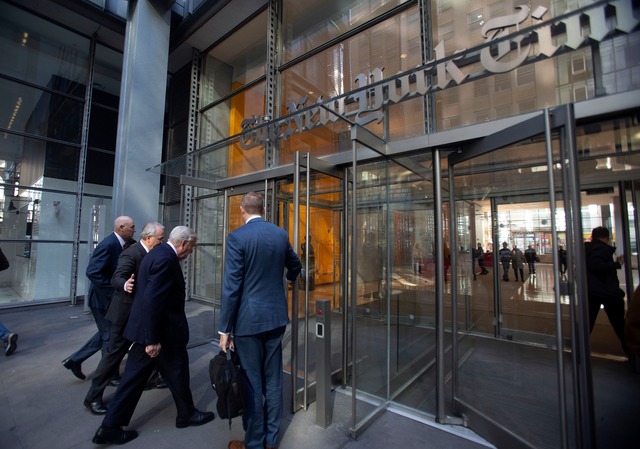 President M. Russell Ballard, acting president of the Quorum of the Twelve Apostles of The Church of Jesus Christ of Latter-day Saints, visited the United Nations Friday morning in New York City, meeting with representatives from the office of the president of the U.N. General Assembly.

“This is a very important place for people of all nations, all cultures, to gather together and try to resolve worldwide problems in the lives of our Heavenly Father‘s children,” said President Ballard. “It’s possible to fix things if everybody that sits in these seats, when they’re together, can think in terms of what is best for the human family and not necessarily what they’re just concerned about for their own constituency.”

During a meeting between President Ballard and His Excellency Dr. Jerobeam Shaanika, deputy chef de cabinet of the 74th General Assembly of the United Nations, the pair discussed several shared priorities including eradicating hunger and poverty and improving education.

The meeting with Rabbi Soloveichik is the latest in a long line of interfaith outreach efforts by senior leaders of The Church of Jesus Christ of Latter-day Saints. Just this year, President Russell M. Nelson visited Pope Francis at the Vatican, engaged in constructive dialogue with several Muslim leaders from New Zealand and Saudi Arabia, and welcomed the affable archbishop of New York to Temple Square.

The Church’s association with Rabbi Soloveichik goes back several years. In 2017, Elder David A. Bednar of the Quorum of the Twelve Apostles spoke on marriage at an interfaith gathering hosted by the Congregation Shearith Israel. And in 2016, Rabbi Soloveichik joined a Latter-day Saint and Jewish delegation in Jerusalem to commemorate the 175th anniversary of an early Church apostle’s journey to the Holy Land.

Later Friday afternoon the Apostle met with Costa Rica’s ambassador to the United Nations, Rodrigo Alberto Carazo Zeledón. Their meeting focused on a variety of topics including freedom of religion, family history work and how to address the increasing polarization in society.

President Ballard also participated in separate interviews Friday with journalists from the Associated Press and the New York Times.

“We’ve had a very open and candid dialogue. We’ve had a chance to explain without hesitation who we are,” said President Ballard. “There’s always some risk when you are willing to put yourself in front of the press, but I think our experiences so far today have been very positive.”

The Apostle’s busy schedule will continue Saturday with meetings with the Consul General of Mexico in New York Dr. Jorge Islas López, Niger Ambassador to the U.N. Abdou Abarry and the Economic Community of West African States representative to the U.N. Kone Tanou Leon. He is also scheduled to speak Saturday evening to young single adults ages 18 to 34 gathered at the Church’s Lincoln Square building.