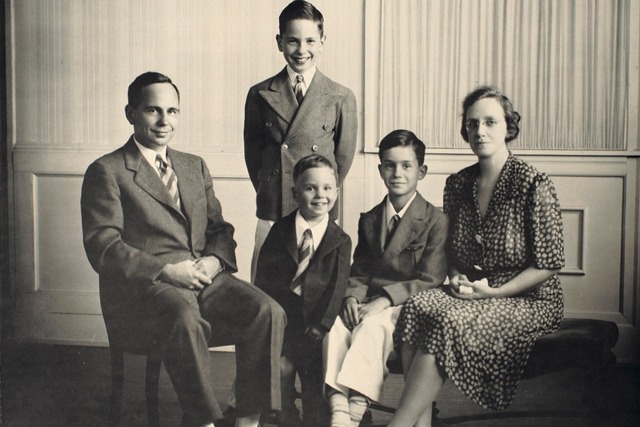 On Facebook, President Henry B. Eyring shared a sweet memory of his father and mother during their last months together—an image that demonstrates what true, eternal love means.

President Eyring also noted the source of this love, one that is bigger than any individual:

In my mother’s final illness, the more uncomfortable she became, the more giving her comfort became the dominant intent of my father’s life. He asked that the hospital set up a bed in her room. He was determined to be there to be sure that she wanted for nothing. He walked the miles to work each morning and back to her side at night through those difficult times for her.

I believe it was a gift from God to him that his power to love grew when it mattered so much to her. I think he was doing what Jesus would have done out of love.

► You'll also like: President Eyring Shares the Powerful Answer to a Prayer His Dying Dad Received

When he and his brothers were boys, their mother had radical cancer surgery that made it very painful for her to use her right arm. With a family of boys, there was a lot of ironing, but as his mother ironed, she often stopped and went into the bedroom to cry until the pain subsided.

When Elder Christofferson’s father realized what was happening, he secretly went without lunches for almost a year to save enough money to buy a machine that made ironing easier. Out of his love for his wife, he set an example of nurturing within families for his boys. Of this tender interaction, Elder Christofferson said, “I was not aware of my father’s sacrifice and act of love for my mother at the time, but now that I know, I say to myself, ‘There is a man.’”