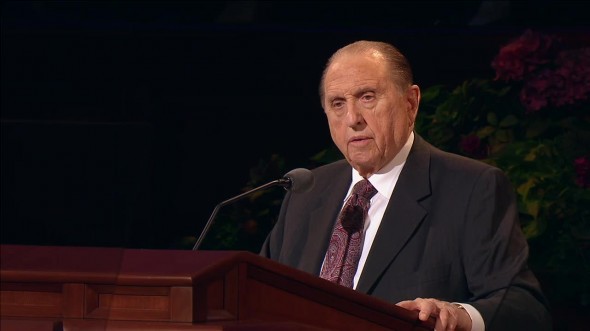 It's incredible to think there were only 12 temples when President Monson was first called as an apostle. Now, we have 150 operating temples around the world, and now 27 announced or under construction.

This marks a historic occasion, as it will be the first time a temple is built in Zimbabwe. Read more about these temples at Mormon Newsroom.

Thomas S. Monson, president of The Church of Jesus Christ of Latter-day Saints, announced plans to build four new temples, located in Harare, Zimbabwe; Quito, Ecuador; Belém, Brazil; and Lima, Peru (the Church’s second temple in that city). The announcement came during his remarks at the Sunday morning session of the Church’s 186th annual general conference.

Earlier this month, the Church reached the milestone of 150 operating temples with the dedication of the Provo City Center Temple on March 22, 2016. The four temples announced Sunday will increase the total number of new temples announced or under construction to 27. An additional four existing temples are being renovated.