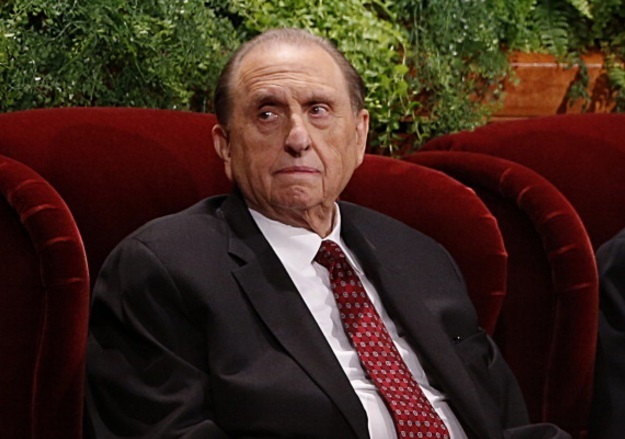 With antagonistic political campaigns, tensions in the home, and increasing violence between cultures and religion, it can be difficult to find a respite. Even within our own families, disagreements and misunderstandings inevitably arise, some that can last for years.

In the midst of this increasing divisiveness, President Monson recently posted a message on Facebook, one from his 2009 talk, "School Thy Feelings, O My Brother."

Listen to these wise words of caution and warning from our beloved prophet:

We are all susceptible to those feelings which, if left unchecked, can lead to anger. We experience displeasure or irritation or antagonism, and if we so choose, we lose our temper and become angry with others. Ironically, those others are often members of our own families—the people we really love the most.

Many years ago I read the following Associated Press dispatch which appeared in the newspaper: An elderly man disclosed at the funeral of his brother, with whom he had shared, from early manhood, a small, one-room cabin near Canisteo, New York, that following a quarrel, they had divided the room in half with a chalk line, and neither had crossed the line or spoken a word to the other since that day—years before. Just think of the consequence of that anger. What a tragedy!

May we make a conscious decision, each time such a decision must be made, to refrain from anger and to leave unsaid the harsh and hurtful things we may be tempted to say.