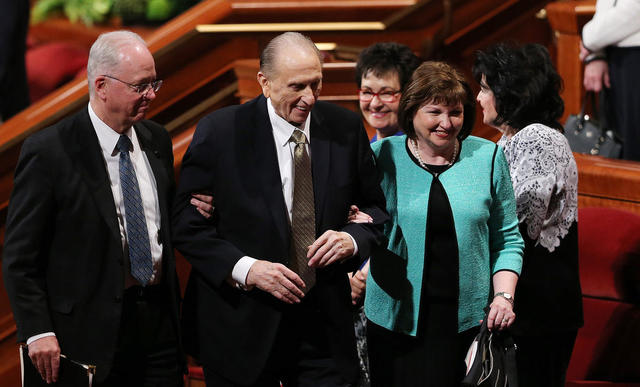 President Thomas S. Monson, 89, was hospitalized Monday and is receiving basic care but is expected to be released soon, according to the Deseret News.

The prophet of the Church of  Jesus Christ of Latter-day Saints was admitted to the hospital after not feeling well Monday evening, according to Church spokesman Eric Hawkins.

"He has received treatment and fluids and will hopefully be released soon," Hawkins says.

This follows President Monson's absence from the Saturday and Sunday afternoon sessions of conference in order to conserve his energy, according to a Church spokesman, and his Sunday morning announcement of five new temples.