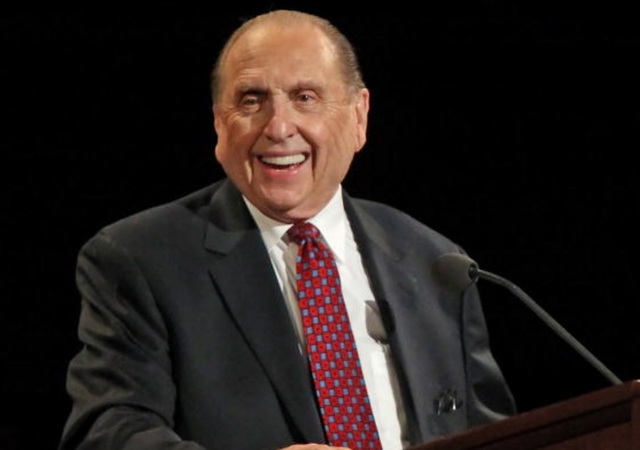 The following is an excerpt from A Prophet's Voice: Messages from Thomas S. Monson.

The National Gallery at Trafalgar Square in London, England, is one of the truly great museums of art in all the world. . . .

During a recent visit to the National Gallery, I was surprised to see displayed in a most prominent location magnificent portraits and landscapes which featured the name of no artist. Then I noticed a large placard which provided this explanation:

“This exhibition is drawn from the large number of paintings that hang in a public but somewhat neglected area of the Gallery—the lower floor. The exhibition is intended to encourage visitors to look at the paintings without being too worried about who painted them. In several instances, we do not precisely know.

“The information on labels on paintings can often affect, half unconsciously, our estimate of them; and here labeling has been deliberately subordinate in the hope that visitors will read only after they have looked and made their own assessment of each work.”

Like the labels on paintings are the outward appearances of some men–often misleading. . . . There are those who may outwardly appear impoverished, without talent, and doomed to mediocrity. A classic label appeared beneath a picture of the boy Abraham Lincoln as he stood in front of his humble birthplace—a simple log cabin. The words read: “Ill-housed, ill-clothed, ill-fed.” Unanticipated, unspoken, and unprinted was the real label of the boy: “Destined for immortal glory.” . . .

[When the Savior was born, no] label could describe this event. With the birth of the babe in Bethlehem, there emerged a great endowment, a power stronger than weapons, a wealth more lasting than the coins of Caesar. This child, born in such primitive circumstances, was to be the “King of kings, and Lord of lords,” the promised Messiah—even Jesus Christ, the Son of God. . . .

Another label frequently seen and grudgingly borne is one which reads: “Handicapped.”

Years ago, President Spencer W. Kimball shared with President Gordon B. Hinckley, Elder Bruce R. McConkie, and me an experience he had in the appointment of a patriarch for the Shreveport Louisiana Stake of the Church. President Kimball described how he interviewed, how he searched, and how he prayed, that he might learn the Lord’s will concerning the selection. For some reason, none of the suggested candidates was the man for this assignment at this particular time.

The day wore on. The evening meetings began. Suddenly President Kimball turned to the stake president and asked him to identify a particular man seated perhaps two-thirds of the way back from the front of the chapel. The stake president replied that the individual was James Womack, whereupon President Kimball said, “He is the man the Lord has selected to be your stake patriarch. Please have him meet with me in the high council room following the meeting.”

Stake president Charles Cagle was startled, for James Womack did not wear the label of a typical man. He had sustained terrible injuries while in combat during World War II. He lost both hands and one arm, as well as most of his eyesight and part of his hearing. Nobody had wanted to let him in law school when he returned, yet he finished third in his class at Louisiana State University. James Womack simply refused to wear the label “Handicapped.”

That evening as President Kimball met with Brother Womack and informed him that the Lord had designated him to be the patriarch, there was a protracted silence in the room. Then Brother Womack said, “Brother Kimball, it is my understanding that a patriarch is to place his hands on the head of the person he blesses. As you can see, I have no hands to place on the head of anyone.”

President Kimball reported to us that when the name of James Womack was presented to the stake conference, “the hands of the members shot heavenward in an enthusiastic vote of approval.”

Like a golden thread woven through the tapestry of life is the message on the label of a humble heart. . . . May it ever be the label which identifies each of us: “Lord, here am I.”