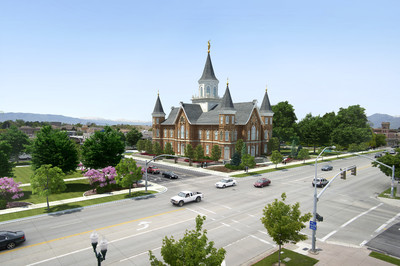 During the opening session of the 181st Semiannual General Conference this morning President Thomas S. Monson announced plans to build five new temples, ranging from Utah and Wyoming to Africa and South America.

"The building of temples continues uninterrupted, brothers and sisters. Today it is my privilege to announce several new temples," President Monson said.

He announced that the Provo Utah Tabernacle, which was heavily damaged by fire last December, will be rebuilt to function as a temple, giving that city two temples. He noted that the Provo temple is among the busiest in the Church.