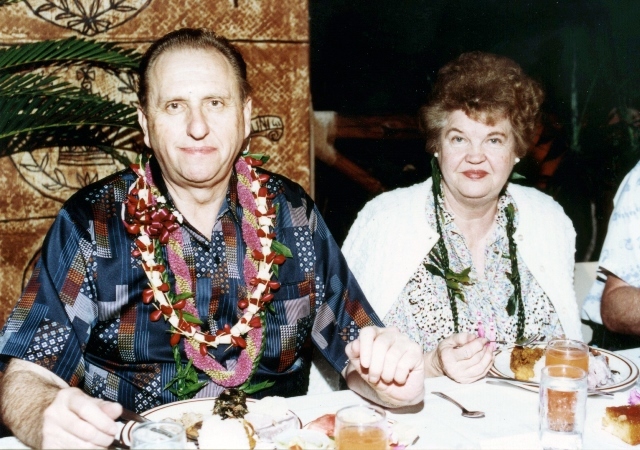 When Thomas S. Monson was called to the Quorum of the Twelve in October of 1963, one of the first assignments he was given was to supervise the work of the gospel in the Polynesian area. He came to know and love the members in Polynesia, even giving his October 1966 conference talk on "God's Gifts to Polynesia's People."

It seems fitting that just a few weeks after President Monson's calling, President Hugh B. Brown, a member of the First Presidency at the time, dedicated the Polynesian Cultural Center on October 12, 1963.

Over the years, President Monson's connections to Hawaii and the PCC have grown. As a member of the Twelve, he and Sister Frances Monson were there in 1972 as well as in 1991 to dedicate the one-of-a-kind big-screen, 600-seat Hukilau Theater. Here are just a few of those pictures, submitted to the Polynesian Cultural Center by various contributors for the Center's 50th anniversary in 2013. 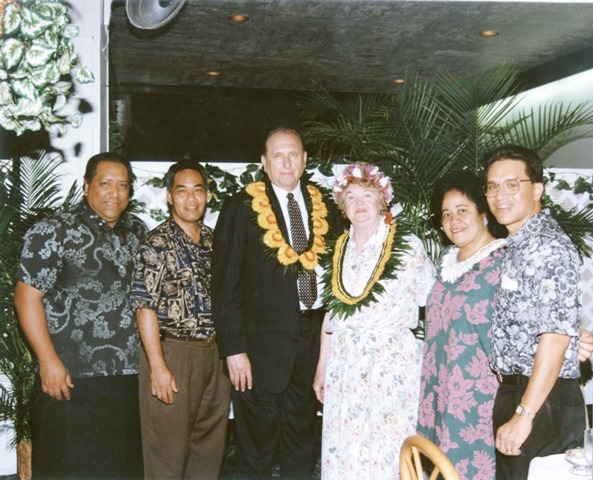 ► You'll also like: The Miraculous Story Behind the Laie Hawaii Temple

In perhaps his most well-documented visit to Hawaii in 2010 to rededicate the Laie Hawaii Temple, President Monson along with President and Sister Eyring and other general authorities made a stop at the Polynesian Cultural Center. There the prophet participated in some of the village shows. Here he is shown during the Tongan village performance: 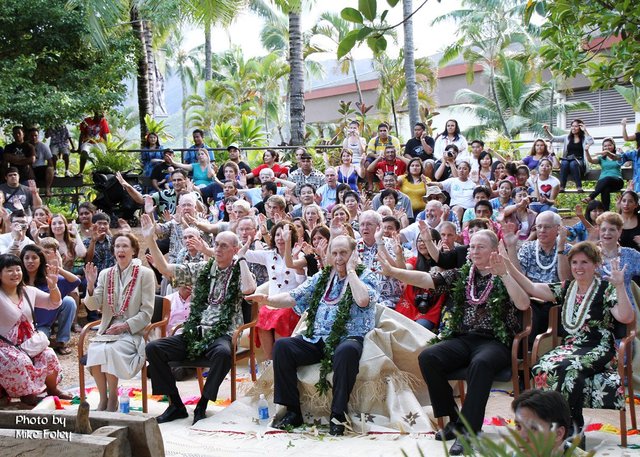 He also took part in a Maori welcoming ceremony: 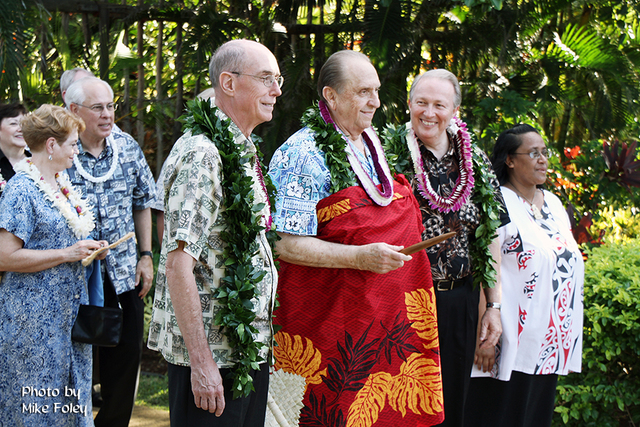 And attended the Ha: Breath of Life night show at the center, where the cast honored the prophet with a beautiful version of "Teach Me to Walk in the Light." It was a touching experience for many, as can be seen by the many cast members wiping away tears in the video below. 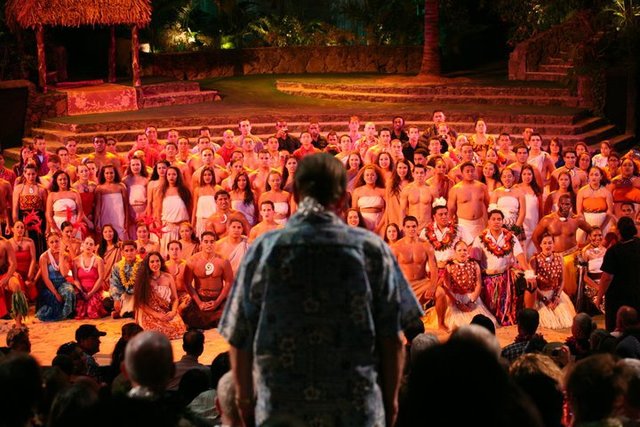 President Monson is not the only Church leader to don a lei at the PCC! Here are a few more: 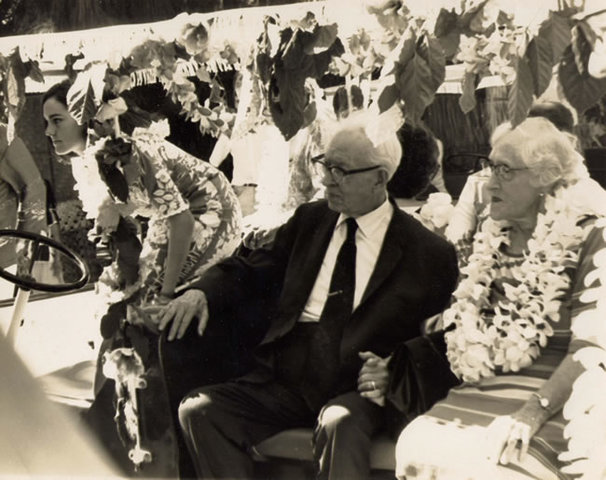 While on a trip to celebrate the 15th anniversary of the Church College of Hawaii (now know as BYU-Hawaii), President Joseph Fielding Smith became the first president of the Church to visit the cultural center. Next to him is his wife, Jessie. 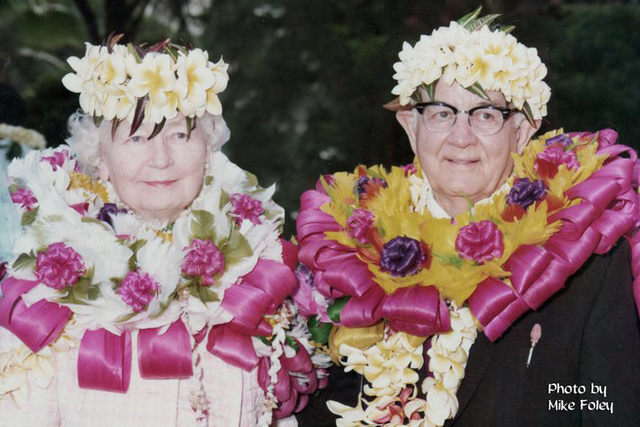 President Spencer W. Kimball and his wife, Camilla, are pictured here during a visit to the Polynesian Cultural Center in the 1970s. President Kimball visited the PCC many times as a general authority, including in the 1960s as a member of the Quorum of the Twelve, and in 1981 when he was in Hawaii for the Oahu Stake conference and also toured the newly remodeled visitors' center at the Laie Temple. 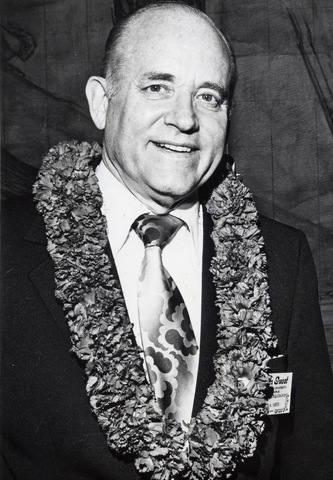 Howard W. Hunter was appointed President and Chairman of the Board of the Polynesian Cultural Center in 1965 by President David O. McKay. He also dedicated a new front entrance, Hawaiian village, and amphitheater at the PCC in 1976. 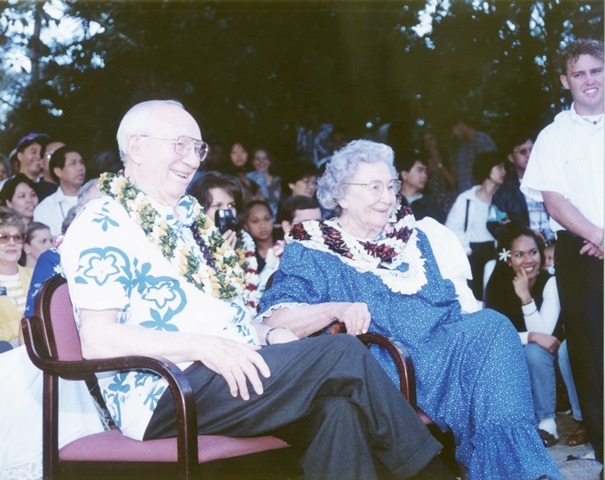 In October 2003, President Gordon B. Hinckley and his wife, Marjorie, visited the center in celebration of its 40th anniversary. President Hinckley had formerly been greeted as the "president of the PCC" during a visit to the PCC's sister cultural center in Shenzhen China in 1996 and had helped President McKay during the initial planning of the center in 1961. 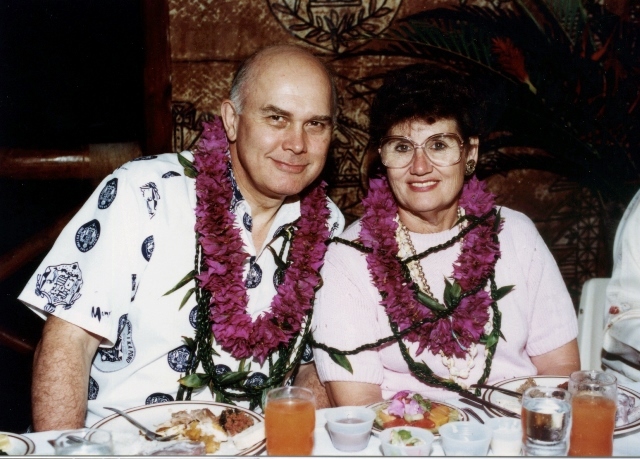 Elder Oaks was appointed as Chairman of the Polynesian Cultural Center Board of Directors in 1988 and was released from this position in 1996. 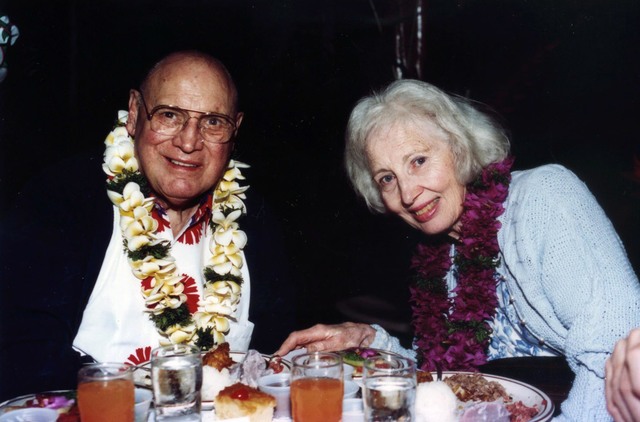 Joseph B. Wirthlin became the Vice-Chairman of the PCC, with Elder Oaks as Chairman, in July 1988. He was released from this position at the same time as Elder Oaks, in 1996. 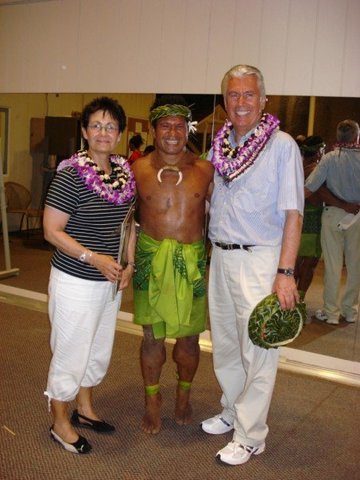 President Dieter F. Uchtdorf and his wife, Harriet, have had a special love for the Polynesian Cultural Center since they first visited it in 1976 and have returned several times since. In the picture above, taken in 2007, they are pictured with Kap, a member of the Horizons cast (now called Ha: Breath of Life) who still works at the Cultural Center today. The Uchtdorfs' most recent return visit was in 2015 when President Uchtdorf dedicated a major addition to the center—the new Hukilau Market. 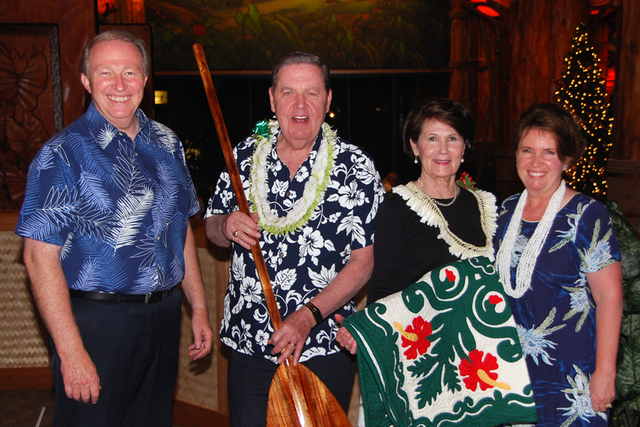 Elder Holland , who was on the board of directors for the Polynesian Cultural Center, visited it as a member of the Seventy in 1990 when President Hunter spoke at a fireside the center's amphitheater. Here his is pictured with his wife, Patricia, at the PCC in December of 2011.