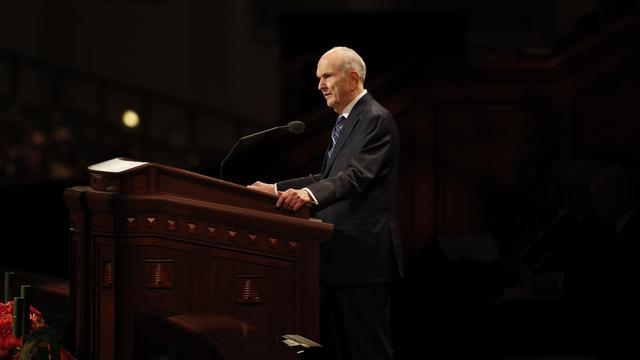 At the end of the 188th Semiannual General Conference, President Russell M. Nelson of The Church of Jesus Christ of Latter-day Saints announced plans to build 12 new temples. In addition to this being the largest number of temples ever announced on the same day, the news brings the total number of Latter-day Saint temples operating, announced or under construction to 201. This comes exactly 18 years to the week since the Church completed its 100th temple. 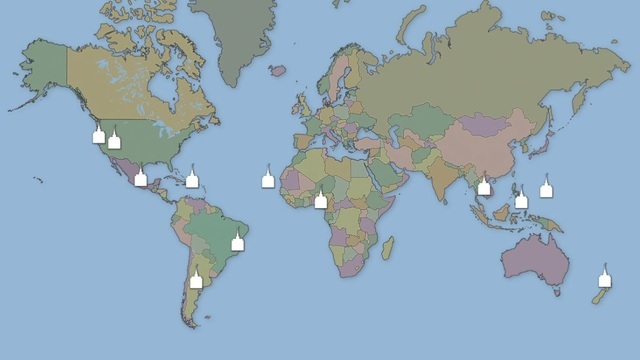 After the United States (6.7 million Latter-day Saints) and Mexico (1.45 million), Brazil is home to more members (1.39 million) of the Church than any other country. There are six operating temples in Brazil, located in Campinas, Curitiba, Manaus, Porto Alegre, Recife and São Paulo. Two temples are under construction (Fortaleza and Rio de Janeiro), and two others have been announced — in Belém and now Salvador.

The Yuba City California Temple will be California’s eighth temple. The state’s other seven temples are in Fresno, Los Angeles, Newport Beach, Oakland (under renovation), Redlands, Sacramento and San Diego. California is home to more than 760,000 Latter-day Saints and nearly 1,300 congregations.

In addition to the announcement of 12 new temples, President Nelson said pioneer generation temples would be renovated. “With the passage of time, temples are inevitably in need of refreshing and renewal. To that end, plans are now being made to renovate and update the Salt Lake Temple and other pioneer generation temples,” he said. “Details on these projects will be shared as they are developed.”

This will be the first temple in Cape Verde, a set of islands located about 350 miles off the northwest coast of Africa. Some 14,700 Latter-day Saints live in this island nation of 539,000 people.

This small island territory in the Western Pacific is less than half the size of the Salt Lake Valley and has a population of 166,000 people. Missionaries from the Church of Jesus Christ first arrived in 1957, and today there are more than 2,500 Latter-day Saints in Guam. This will be the territory’s first Latter-day Saint temple.

The Lagos Nigeria Temple will be the second temple in Nigeria and the ninth in Africa. There are temples currently operating in Aba, Nigeria; Johannesburg, South Africa; and Accra, Ghana. The Kinshasa Democratic Republic of the Congo Temple is scheduled to be dedicated April 14, 2019. The Durban South Africa Temple is under construction. Plans have been announced to build temples in Harare, Zimbabwe; Nairobi, Kenya; and Abidjan Ivory Coast (Côte d’Ivoire). Church membership in Africa has grown from a handful of members in the late 1970s to more than 611,000 Latter-day Saints today (including nearly 174,000 in Nigeria) in more than 2,000 congregations.

With this announcement, the Philippines has six temples announced or dedicated, including Cebu City, Manila (2), Urdaneta and Cagayan de Oro. There are more than 780,000 Latter-day Saints in this country of more than 107 million people.

This will be the first temple in Puerto Rico, a Caribbean island of more than 3 million residents and over 23,000 Latter-day Saints. The nearest temple to Puerto Rico is the Santo Domingo Dominican Republic Temple.

This will be Washington County’s second temple; the other is in St. George, Utah. As the Church’s world headquarters, Utah has 2.1 million members of the Church in a state of 3.2 million people. There are 17 operating temples in the state, including Bountiful, Brigham City, Cedar City, Draper,Logan, Jordan River, Manti, Monticello, Mount Timpanogos, Ogden, Oquirrh Mountain, Payson,Provo City Center, Provo, St. George, Salt Lake and Vernal. The Saratoga Springs Temple was announced at the April 2017 general conference, and the Layton Utah Temple was announced in April 2018. The new temple in Washington County will be Utah’s 20th Latter-day Saint temple.

In addition to the announcement of 12 new temples, President Nelson said pioneer generation temples would be renovated. “With the passage of time, temples are inevitably in need of refreshing and renewal. To that end, plans are now being made to renovate and update the Salt Lake Temple and other pioneer generation temples,” he said. “Details on these projects will be shared as they are developed.”

Latter-day Saints consider temples to be the “house of the Lord,” the most sacred places on the earth. Temples differ from the meetinghouses or chapels where all are welcome to attend Sunday worship services. In the temple, the teachings of Jesus Christ are reaffirmed throughmarriage, baptism and other ceremonies that unite families for eternity.