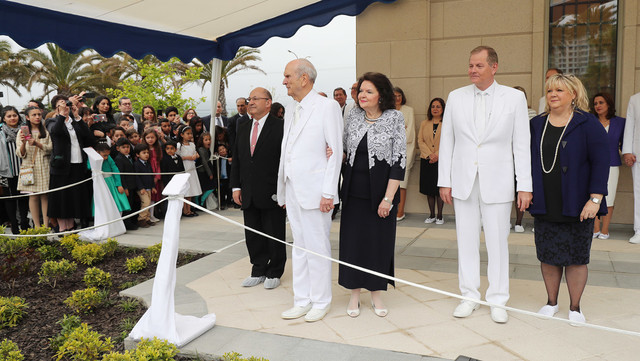 "We are witnesses to a process of restoration,” President Nelson said, according to a Church News article. “If you think the Church has been fully restored, you are just seeing the beginning. There is much more to come.”

“We feel very grateful,” said the leader of The Church of Jesus Christ of Latter-day Saints during an interview Sunday evening. “The people are so loving and so anxious to serve the Lord and to serve each other. … It really is a sacred feeling you have among them.”

The dedication marked the fifth and final stop of President Nelson’s tour, which began Oct. 19 and included stops in Peru, Bolivia, Paraguay and Uruguay before ending in Chile.

Elder Gary E. Stevenson of the church's Quorum of the Twelve Apostles, who accompanied President Nelson on the tour, called the experience remarkable, with that crescendo apparent during three temple dedicatory sessions Sunday. “Today just felt absolutely heavenly,” he said during the interview. “It was punctuated by the spirit and the people and their preparation spiritually.”