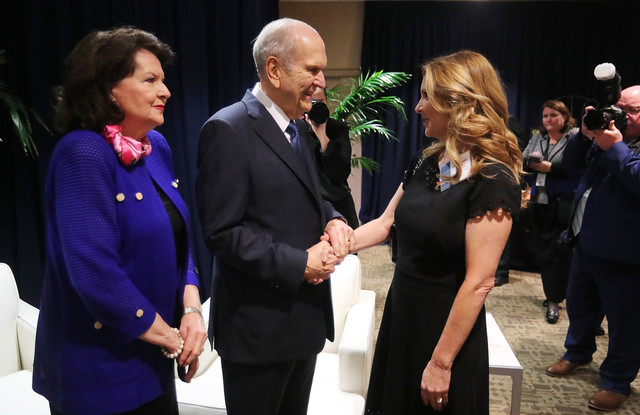 ORLANDO, Florida — Before addressing a crowd of more than 15,500 members of The Church of Jesus Christ of Latter-day Saints here, President Russell M. Nelson quietly acknowledged a dark day in this city known for theme parks and happy memories.

During a VIP reception at the Amway Center on Sunday evening, President Nelson spent a few minutes with the owner of the local business where 49 people lost their lives in a mass shooting three years ago this week.

Poma said the community is still healing from the June 12, 2016, shooting at Pulse nightclub, a gay club in Orlando not far from the arena where President Nelson would later speak. A memorial at the site includes tributes to those who died and to the 68 who were injured. Photographs, banners and messages communicate one resolve: “We will not let hate win.”