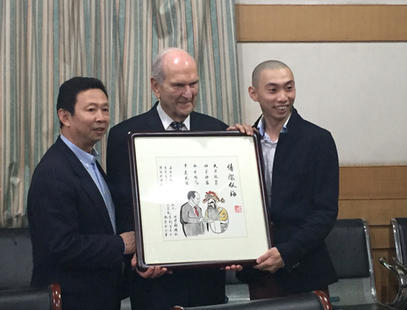 MR says: Did you know President Russell M. Nelson pioneered open-heart surgery in China in 1980 and saved a famous Chinese icon as an apostle by performing his last heart operation in China in 1985?

A Chinese icon's heart was failing, and his doctors trusted a single surgeon with their patient's life. They didn't realize how unusual it would be for their friend to set aside his new role as an LDS Church apostle to fly to China and perform the operation.

It was out of the question.

Elder Russell M. Nelson had retired from his storied medical career a year earlier, in 1984, to join the Quorum of the Twelve Apostles of The Church of Jesus Christ of Latter-day Saints, a full-time, lifetime appointment.

Instead, Elder Nelson suggested flying the patient to Utah for the operation. His Chinese friends said the patient wouldn't survive a trip down the hall to the x-ray room.