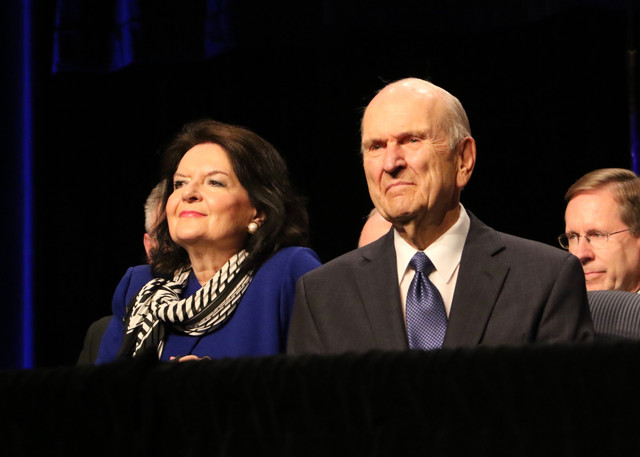 President Nelson Speaks on the Name of the Church: "We’re Correcting an Error That Has Crept in Over the Ages"

After a statement from President Russell M. Nelson last week called for people to refer to the full name of the Church and refrain from using the term "Mormon," media outlets across the nation have claimed, "It can't be done." In response, President Nelson said, “I know it can’t — but it’s going to be, because the Lord wants it that way. . . . We know that it’s going to be a challenge to undo tradition of more than 100 years. And we don’t have all the answers. All we know is the Lord has said, ‘Thus shall my church be called …. The Church of Jesus Christ of Latter-day Saints.' That’s enough for me.”

President Russell M. Nelson of The Church of Jesus Christ of Latter-day Saints says his recent call to identify the church by its full, formal name rather than the nicknames and abbreviations used for more than a century does not constitute a name change but rather a course correction.

“The name of the church is not negotiable, because the Lord has told us what his church shall be called,” he said, citing the faith’s scriptural verse of Doctrine and Covenants 115:4: “Thus shall my church be called … The Church of Jesus Christ of Latter-day Saints.”

“So, we’re not changing names. We’re correcting a name — that’s important to note."