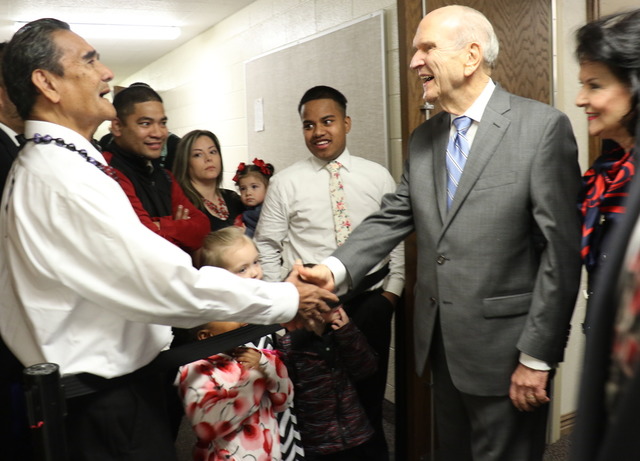 President Nelson to Church Members: "Your Calling Is Just as Important as My Calling"

At a recent stake conference, President Russell M. Nelson shared powerful stories with Church members, including a tribal king's touching response when he received a copy of the Book of Mormon as well as the reply President Nelson told a nurse when she asked why he was so different that led to 80 people joining the Church.

“We’re all in this together.”

“You’ve made marvelous memories for Sister (Wendy W.) Nelson and me,” said President Nelson as he looked across the vast congregation gathered at the stake center.

His message of togetherness resonated with the Granger West Stake members who were thrilled to be joined Sunday by President and Sister Nelson.

“I’ve concluded it really doesn’t matter much what your calling is in the Church, as long as you are doing it well,” he said. “Your work and your calling are just as important as my work and my calling.