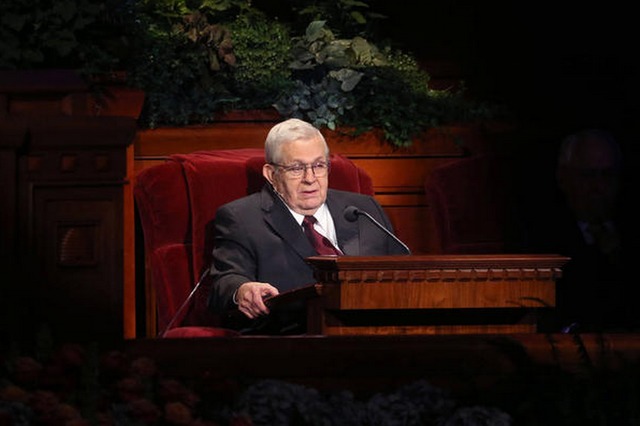 President Packer Was Working on Upcoming Conference Talk When He Died

Early last week, President Boyd K. Packer was preparing his talk for the upcoming October general conference of The Church of Jesus Christ of Latter-day Saints before his health began to fail and he died Friday at 90 years old of causes incident to old age.

For the man who had spent the past 21 years as the acting president or president of the faith's Quorum of the Twelve Apostles, the talk would have been the 108th conference address in 53 years as a general authority of the church.

"He was anticipating another message," his son, Elder Allan F. Packer, himself an LDS general authority as a member of the First Quorum of the Seventy.