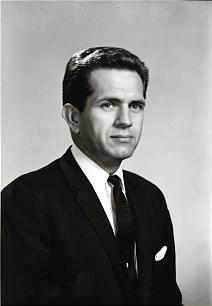 President Packer is at half-century milestone of service

Early on Saturday morning, Sept. 30, 1961, Boyd K. Packer, then Supervisor of the Church Seminaries and Institutes and a member of the Brigham Young University Administrative Council, was in a meeting with teachers and leaders who had come to Salt Lake City for training in conjunction with the 131st Semiannual General Conference.

He was summoned from that meeting to take a telephone call from President Hugh B. Brown, a counselor in the First Presidency, who told him he was to go to President David O. McKay's office.

"I was 37 years old. I had no idea what was coming," said the former seminary leader during a recent conversation with the Church News.