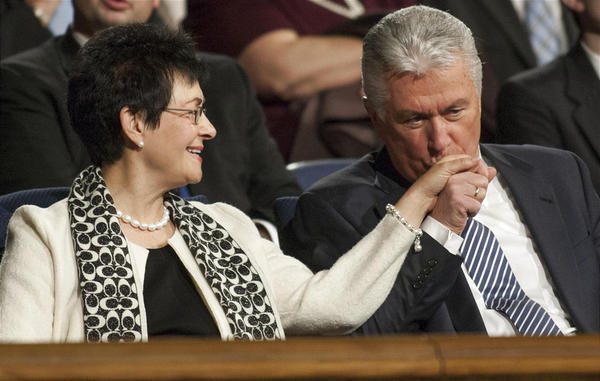 Doug Halladay, a former missionary who served in Germany, was going through his mission photos and slides and came across this photo of a very young Dieter and Harriet Uchtdorf in Berlin. Mr. Halladay sent it to President Uchtdorf’s office in Salt Lake City, and the picture was promptly sent to Deseret Book Publishing in order to be included in President Uchtdorf’s book,

Now President Uchtdorf's wife, Sister Harriet R. Uchtdorf, has released a book of her own, titled The Light We Share. In this charming book, she reflects on the power of heavenly light in her own life and recalls the joy it brought to her family during a dark and difficult time. "It was like a miracle," she explains as she describes how hope came back into their lives.

Sister Uchtdorf also describes how she and her husband felt when he was called to be an Apostle. She writes, "We spent a very special hour together in our home, sharing our innermost feelings, which included moments of sacred turmoil."

To celebrate Sister Uchtdorf's new book, we thought it would be fun to round up a few facts about the Uchtdorfs:

1. In 1973, President Uchtdorf negotiated with terrorists who had hijacked a 737. He successfully secured the release of the plane, the pilots, and the passengers. 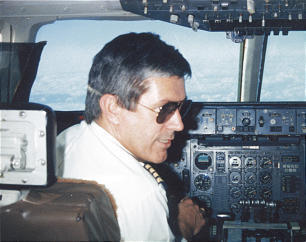 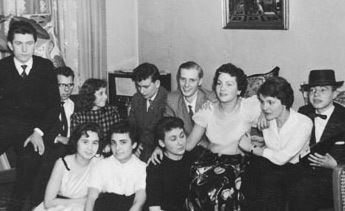 3. While trying to win over Harriet’s heart, Dieter F. Uchtdorf would frequently ride his bike to her house, hoping to give her a ride to a church function. She was usually unavailable, but Harriet’s mother would take the ride instead. “Actually, looking back,” he says, “I recognize that it doesn’t hurt at all to be on good terms with the mother of the girl of your dreams.”

4. President Uchtdorf refers to his wife as "the sunshine of my life." 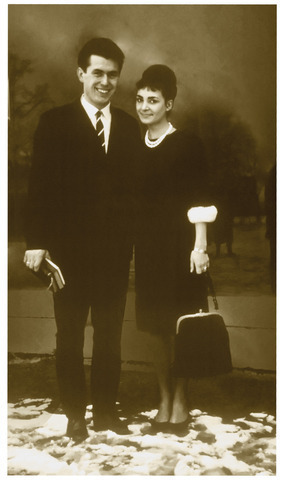