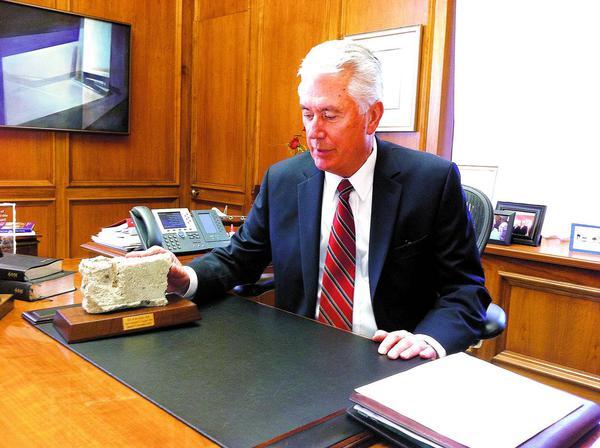 The 11-year-old boy watched terror storm across his mother's face.

He saw the horror elbow aside her exhaustion. They had been unpacking a little cake to eat, happy because friends said when they reached this hill they would be safely across the border. But now as they sat on the hill, she had spotted a border crossing bar farther up the path.

The crossing arm was painted with communist colors.

"She realized where we were," the boy recalled this week, 62 years later. Sitting in his pristine, first-floor corner office in the LDS Church Administration Building, President Dieter F. Uchtdorf remembered his mother's face on that hill in 1952.