Recently the hit TV show Project Runway released a video showing busy moms being surprised with a new outfit, along with professional hair and makeup styling. LDS mom and music teacher Karen Lake was among the moms who received a head-to-toe day of pampering. Wearing a new leopard-print dress, Lake stepping into the photo booth to talk about her experience.

"I am very blessed, and I feel like I have so many things to be grateful for," she told the camera. That's when the wall behind her opened to reveal a runway surrounded by Lake's friends and family cheering her on and encouraging her to strut her stuff. 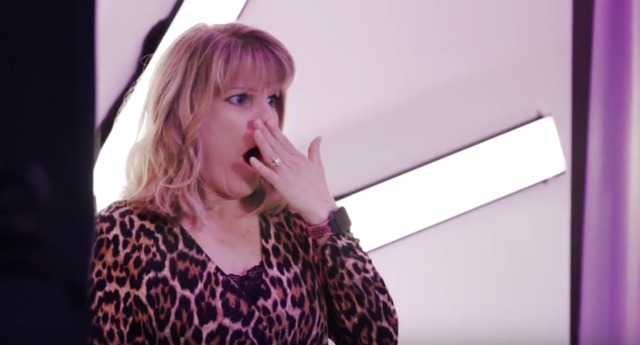 Karen Lake is surprised to find herself on the runway.

On Facebook, Lake shared how her daughter Karstin helped arrange the surprise. She wrote:

"Last August, Karstin surprised me with tickets to a 'Project Runway experience' at Irvine Spectrum. As you might know, Kärstin Lake is a wonderful designer and seamstress and she loves, loves Project Runway. When we got there, I had no idea what was happening."

Lake isn't the first LDS mom to make an appearance on Project Runway. In 2013, Tristen Seal of Sachse, Texas, was one of eight "superfans" chosen to receive a head-to-toe makeover, including a custom-designed outfit from one of the Project Runway contestants and a new hairstyle courtesy of L'Oreal Paris. And what could have been a battle between modesty and fashion fought in front of millions of viewers instead became a beautiful example of how the two can tastefully and respectfully coexist.

Seal, who recently lost 130 pounds, was paired with designer Justin LeBlanc. When he asked her what she would like in an outfit, she immediately requested a knee-length dress with a modest neckline and sleeves, explaining, "I am Mormon, so modesty is important to me." 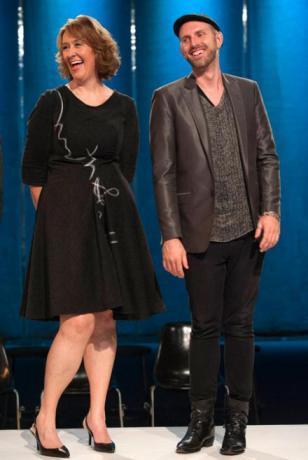 Tristen Seal smiles on the runway with designer Justin LeBlanc

Many designers would have balked at such "limitations," or rolled their eyes at the very least, but LeBlanc respectfully obliged. But would the judges criticize his design for not being sexy or modern enough? No. In fact, the judges loved the dress. Zac Posen, a well-known designer who serves as a judge on Project Runway, praised LeBlanc. "I applaud you," he said. "You made a personal, beautiful black dress, and Tristen is glowing." 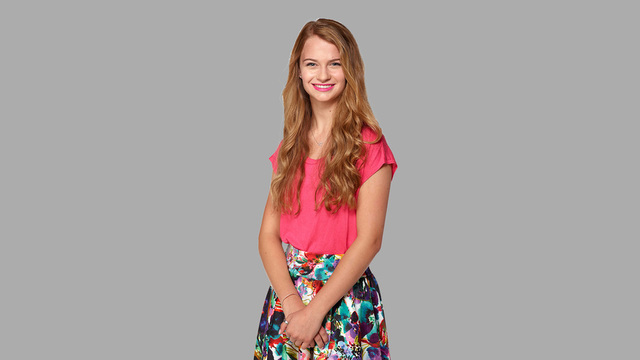 Lunt attributed her success in the fashion world to her faith. "My religion is an important part of who I am and everything I do," she said. "I want the women I design for to feel beautiful. I want them to feel as beautiful as God has created them to be. God creates beautiful things, and I want to recognize the talent He gave me by using it to also create things that are beautiful."