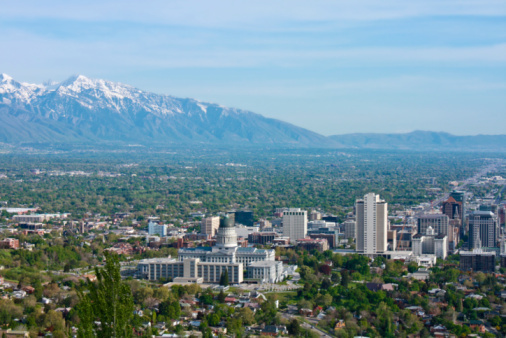 It’s said there are no bad jobs during a recession. But there are depressing ones—like trying to recruit new business. That was Jeffrey Edwards’s task as head of Utah’s Economic Development Corporation (EDC), a publicly funded carnival barker for new and emerging companies. Every state has a comparable office. But while nearly every local economy succumbed to the frozen credit markets, failing to grow much during the last two years, Utah has flourished. With Edwards’s help, it set its own records for new companies (more than 40) and capital investment (nearly $2 billion). That has helped sustain an average of 3.5 percent annual growth during the last five years, more than any state other than energy-rich North Dakota. “It’s a weird countercyclical phenomenon,” says Edwards, “but we’ve been busier than we’ve ever been.”

Why Utah? Founded by Mormon pioneers, the state, which has been called “a quasi theocracy” by the editor of its largest newspaper, is overwhelmingly white (93 percent) and Mormon (60 percent). Those demographics make for a socially conservative mind meld—no gay marriage, mixed acceptance of women in the workplace—that might seem hostile to the idea-swapping associated with a go-go economy. Mix in a thin coffee-and-booze culture, and you might expect Utah’s economy to be listless as well.
Read the rest of this story at newsweek.com