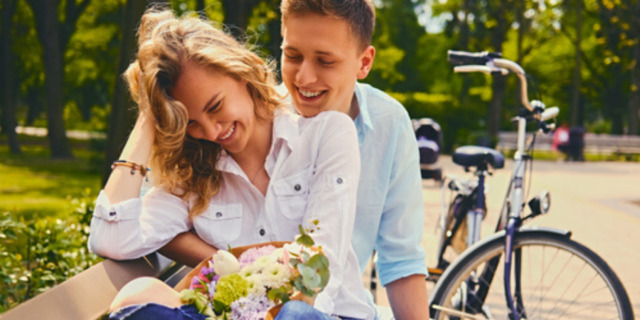 Provo Ranked No. 1 for Best Dating Scene in the United States

Provo is well-known as the home of Brigham Young University, but the college town is also making headlines for being the no. 1 best area for dating in the US.

ApartmentList.com recently surveyed over 11,000 single renters across the United States. Participants were asked, "How would you rate your current city or neighborhood for opportunities to date?" Topping the list was Provo, Utah. Nearly half (47.5%) of respondents said they were satisfied with the Provo dating scene.

“With an eclectic downtown, a trend-setting music scene, four-season outdoor recreation and a full slate of community events for all interests and budgets, it comes as no surprise to me that Provo ranks as the top metro for dating,” Provo Mayor Michelle Kaufusi told the Daily Herald.

This isn’t the first time Provo has landed a top ranking. In 2014, USA Today called Provo the happiest city in the United States. Brigham Young University has also topped ranking lists for being the no. 1 "Colleges Worth the Cost" (Wall Street Journal) and the no. 1 "Stone-Cold Sober University" for 22 years (The Princeton Review).

According to the 2010 Census, 88 percent of Provo citizens identified as members of The Church of Jesus Christ of Latter-day Saints. Provo is also the birthplace of the popular dating app, Mutual, which targets Latter-day Saint singles. Though the app has had more than 100,000 users according to CNN, therapists warn there are pros and cons associated with incorporating technology into dating.

“Technology has been the biggest change [to dating], and with that comes pros because . . . you can access more people,” says licensed clinical social worker Loni Harmon. “And you can have more opportunities to date in your busy lifestyle, but I think the con with that is that a lot of people use that as a crutch, like, ‘Well, I’m online, so therefore I’m trying.’ So, they don’t go to meet people organically anymore.”

► You may also like: 3 Latter-Day Saint Therapists on What Singles Need to Know about Dating—and Why They Shouldn't Give Up on It