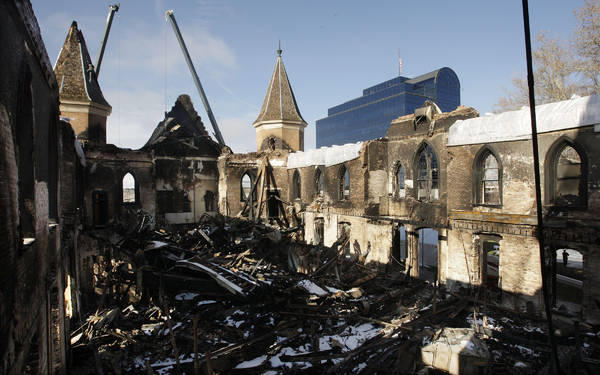 An energized 300-watt lamp placed too close to a wooden speaker enclosure most likely caused a fire that destroyed the Provo Tabernacle last December, according a Provo Fire department report released Thursday.

The lights had been temporarily placed inside the tabernacle for a scheduled production.

The 100-page report concluded the cause was unintentional, which confirmed investigators' initial suspicion.

The Dec. 17 blaze originated in the building's attic, specifically the area around the dimmable incandescent light fixtures. The wooden speaker was located between two lights on the east side.