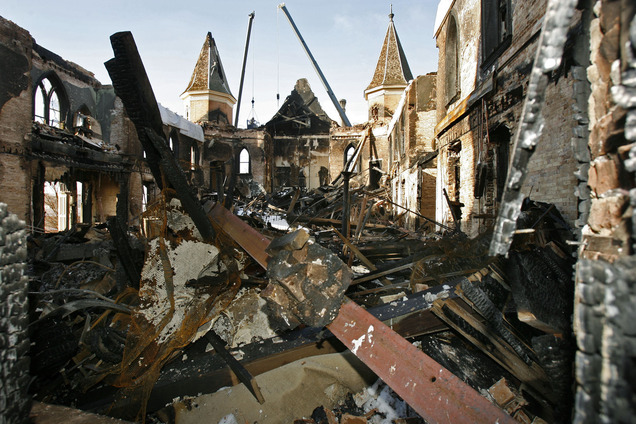 Provo Fire Chief Blair Camp said he plans to release a report on March 31 on the cause of the fire that destroyed the Provo Tabernacle in December.

A news release from Provo city says a March 14 fire at The Boulders apartment complex, which killed two residents and injured another, has delayed completion of the Tabernacle report.

The Tabernacle fire was reported early on the morning of Dec. 17, when a security guard from nearby Nu Skin Enterprises alerted an off-duty police officer that smoke was coming from the building. The off-duty officer, who was hired to watch equipment left at the site overnight, had disabled an alarm that was sounding in the Tabernacle after being told the system was prone to false alarms.