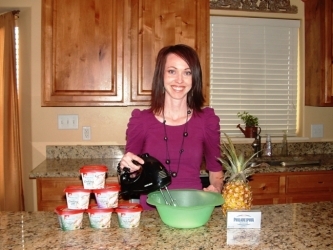 Paula Deen and Kraft Foods have joined together for the second season of Real Women of Philadelphia Contest, and this year a local Provo resident has been named a finalist.

Carmell Childs is a Provo resident who impressed judges with her creative video featuring an appetizer made with Philadelphia Cream Cheese. She will join 15 other finalists in competition to win a $25,000 prize.

“I’ve been cooking since I can remember,” Childs said. “My mom is a great cook. I’ve learned everything I know from her. As a child, I remember watching her on TV at school. She won a State Fair baking contest and then was featured on the show Gabby Gourmet.”

News From Utah Food AwardFood,Award,News From Utah
Comments and feedback can be sent to feedback@ldsliving.com