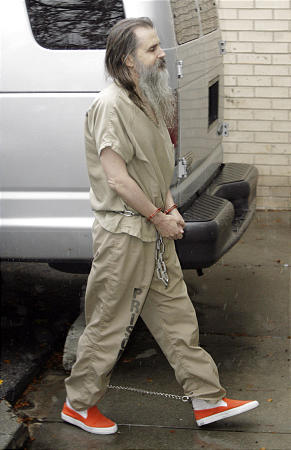 Psychologist: Most victims would respond just as Smart did when talking to police

Elizabeth Smart's decision to remain silent two months into her ordeal — and not reveal herself to a police detective standing inches away — is no surprise to experts.

Smart testified Tuesday about a time when Brian David Mitchell took her to the Salt Lake Library. A homicide detective approached them and asked to look under a veil that was covering Smart's face. The detective said he was responding to phone calls he'd received and was looking for Smart.

Mitchell told the detective that according to his religion, only a husband is allowed to see his wife's face, Smart testified. The detective asked if he could be part of their religion for a day so that he could see her face, then verify that it wasn't Smart so he could report that she wasn't the girl people were looking for. The officer eventually gave up and left without looking under the veil.

Smart could have saved herself seven more months of fear and misery if she'd just said to the detective, "Yes, I'm Elizabeth." But she didn't because Mitchell was calling the shots.