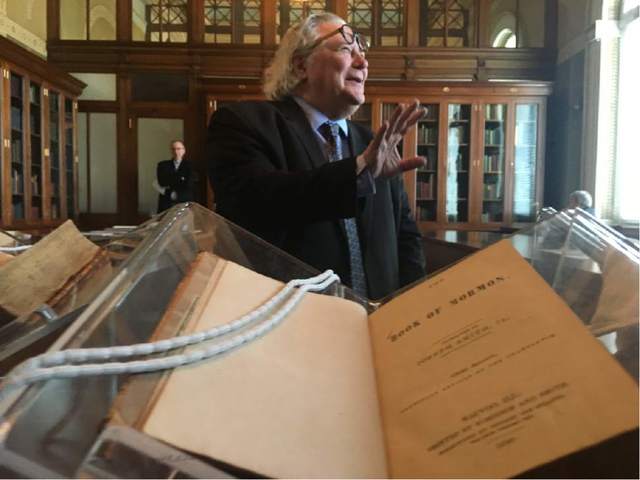 Though Latter-day Saints recognize its priceless truths, it appears the public recognizes the Book of Mormon as a significant part of American history.

The Book of Mormon was highlighted Wednesday as one of America's treasured tomes at the Library of Congress, which displayed several rare editions as well as the 1829 copyright record filed by church founder Joseph Smith. . . .

The Book of Mormon was chosen by the public as the fourth most influential piece of American literature in an online vote earlier this year.

"It's been a book that's been extremely influential in my life. It's interesting to hear it referred to as the fourth most influential book in American literature," said Elder D. Todd Christofferson, a member of the LDS Church's Quorum of the Twelve Apostles who earlier Wednesday became the first of the faith's apostles to open a Senate session with a prayer.