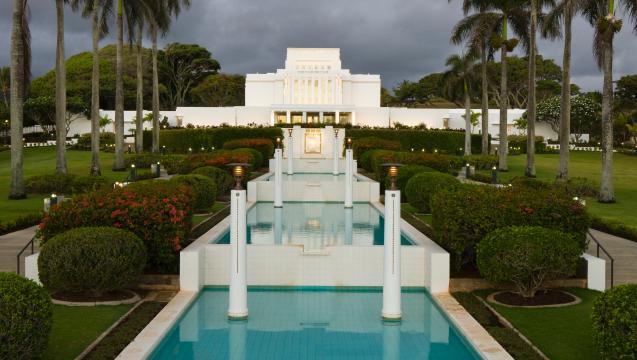 The public is invited to tour the recently renovated Laie Hawaii Temple of The Church of Jesus Christ of Latter-day Saints, the first temple constructed outside the continental United States.

The First Presidency of the Church has announced a public open house that will run from Friday, 22 October 2010, until Saturday, 13 November 2010, excluding Sundays. The temple will be formally dedicated on Sunday, 21 November 2010. A total of three dedicatory sessions will be held.

In conjunction with the rededication of the temple, there will also be a cultural celebration featuring music and dance on Saturday, 20 November 2010.