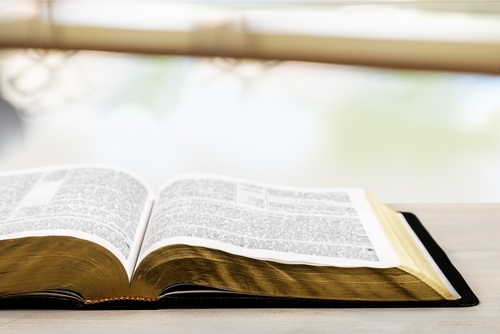 Quiz: How Well Do you Know the Book of Revelation?

A seven-headed beast? Four beasts with six wings? A man eating a bitter little book that was as sweet as honey? Twenty-four elders and 144,000 servants? A great red dragon and a woman in the wilderness? The number 666? The Book of Revelation can be captivating, if not a bit bewildering. Yet a careful look at the interpretations and applications of these symbols and prophecies is one key to preparing for the Second Coming and enjoying a study of John’s panoramic vision.

Elder Bruce R. McConkie says, “Are we expected to understand the Book of Revelation? Certainly. Why else did the Lord reveal it? The common notion that it deals with beasts and plagues and mysterious symbolism that cannot be understood is just not true... [I]f we apply ourselves with full purpose of heart, we can catch the vision of what the ancient Revelator recorded” (Bruce R. McConkie, “Understanding the Book of Revelation,” Ensign, September 1975).

With that message in mind, let’s test your knowledge of the book of Revelation and also your understanding of the events surrounding the Second Coming of Jesus Christ.

The Book of Revelation sheds light on a host of events surrounding the return of Jesus Christ to the earth. Its panoramic vision helps readers to know of the signs of His coming, but also provides valuable points to ponder and suggestions for personal preparation and application. Elder Holland teaches, "The future of this world has long been declared; the final outcome between good and evil is already known. There is absolutely no question as to who wins because the victory has already been posted on the scoreboard. The only really strange thing in all of this is that we are still down here on the field trying to decide which team’s jersey we want to wear" (Jeffrey R. Holland, Email correspondence to John Bytheway, June 1, 2004 (When Times Are Tough [Salt Lake City: Deseret Book, 2004].), in David A. Lewis, “Time to Build” (BYU–Hawaii Devotional, November 20, 2012).
“Fear thou not; for I am with thee.” The Lord's words, as shared by the prophet Isaiah, continue: “[B]e not dismayed; for I am thy God: I will strengthen thee; yea, I will help thee; yea, I will uphold thee” (Isaiah 41:10). Square your shoulders, stand tall, and face the future with confidence, knowing He is indeed returning and that we can be prepared as we look for principles of preparation for the Second Coming as found in the book of Revelation and in the words of modern prophets.

The book of Revelation, brimming with seemingly impenetrable imagery and symbolism, can feel daunting in its account of the climactic conclusion of the world. But now, popular institute instructor and EFY director Eric D. Richards seeks to demystify John's prophetic visions in Preparing for the Second Coming. From the historical background of the verses to their modern applications and ability to prepare readers for the Second Coming, this unique exploration of Revelation centers on the words of modern-day prophets to illuminate the timely teachings found in this book of scripture. Look to the future with patience, hope, and courage as you come to more fully understand the transformative power of the book of Revelation.

Brother Richards grew up attending the Mountain View Baptist Church in San Diego before missionaries baptized him and his mom. During his mission, he lived in huts, ate spiders, and used machetes (ma-shed-ees) while living in the jungles of Honduras. His last 6 months were spent in Alabama due to a bone tumor in his shin.

After meeting his wife at EFY, he moved to Utah to teach Seminary, play water polo & volleyball for Utah State University, and…to marry her.

He teaches Institute at Utah State and gives firesides all over the country and is known for his constant smile and happiness. He is known best for his popular ‘brotherichards’ Instagram/Facebook accounts and his upbeat CDs at Deseret Book. And if you love his friend Hank Smith, you’ll love him, too!

Some random facts: He can clap with one hand. He’s a bit nerdy, getting a 32 on his A.C.T. He’s part White and part Polynesian, with a little Native American and Black thrown in. He’s left-handed. He eats chocolate every day. Some say that his excitement for the gospel reminds them of Olaf from Frozen. He’s an only child; his mom is an only child, and his grandma was an only child, so…his family reunions are pretty small.

Most of all, he loves teaching and being with valiant Latter-Day Saints.