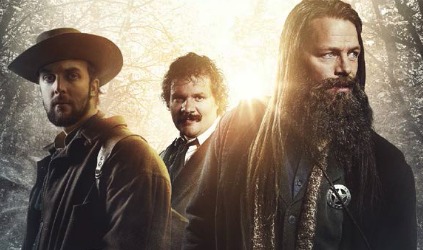 Quiz: Which Colorful Character in Mormon History Are You? A "Swearing Apostle," Gun-Slinging General Authority, or Famous Author

Mormon history has had its fair share of colorful characters, but a few top the list. Among them are Porter Rockwell, J. Golden Kimball, and Mark Twain.

A notorious gun-slinger, a wanted man, and a devout Church member, Orrin Porter Rockwell led a life of paradox. His lethal accuracy with a shotgun and policy to “always shoot first . . . that way they know you’re armed” made his time as a lawman controversial at best—not to mention his status as a general authority. Charged with murder or attempted murder on three occasions, Rockwell was acquitted twice and died before the last charge could come to courts. Despite his rough-and-tumble attitude, Porter Rockwell remained unshakably faithful to the Church and its leaders until his death in June 1878, serving as a bodyguard to Joseph Smith and Brigham Young.

Known for his funny and entertaining general conference stories not to mention his colorful language over the pulpit, J. Golden Kimball quickly gained a reputation as the "Swearing Apostle." The son of Heber C. Kimball, J. Golden Kimball served as a missionary and mission president before being called as a member of the First Council of the Seventy. While it's difficult to separate truth from legend with many stories surrounding J. Golden Kimball, he became known for his salty language and colorful personality. Few who heard J. Golden Kimball speak forgot about this beloved and rather quirky Church leader.

► You'll also like: 10 Gospel Gems from the Notebook of J. Golden Kimball

Though not a member of the Church, Mark Twain had a fascination with Mormons and introduced much of America to LDS leaders and beliefs, albeit through sarcasm and parody. After visiting the Saints and even meeting Brigham Young in Utah, Twain wrote his thoughts on the Book of Mormon. In many of his accounts, he gives surprising and even imaginative detail, but his overall reception of the book was mixed. He writes,  “All men have heard of the Mormon Bible, but few [have] taken the trouble to read it. . . . The book is a curiosity to me. It is such a pretentious affair and yet so slow, so sleepy.”

► You'll also like: What Mark Twain Really Thought About Mormons

So which of these colorful characters are you? Take the quiz to find out!

Lead image from Story Tellers: An Evening with Colorful Characters 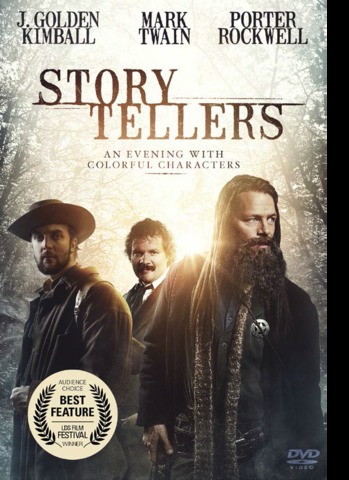 Find out more about these men with the exciting movie Story Tellers: An Evening with Colorful Characters.

On a cold night in the Utah Territory, three opinionated men seemingly by chance find themselves sharing a campfire as they tell tales, swap insults, and expound on their personal beliefs and philosophies. However, one of the men is not there by mere coincidence. Join Porter Rockwell, Mark Twain, and J. Golden Kimball for an entertaining and intriguing evening with three of the most colorful characters of the Old West.