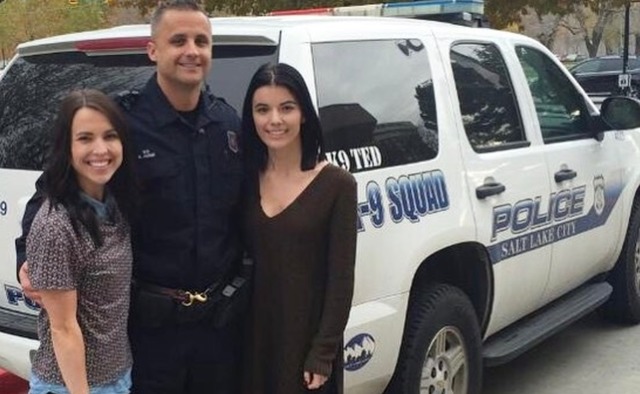 Just before midnight on Tuesday, September 22, 2015, a man crawled through Breann Lasley's window, violently attacking her and her sister. Despite the horrors of that night, Lasley knows, "I know, without a question, that we were totally protected, that there were angels there helping us." Read more about her miraculous story here.

Bre Lasley still remembers the weight of her attacker’s body on her thighs and his knife piercing her stomach — not once, but several times.

The 6-foot-2-inch man weighed over 200 pounds and was high on meth. He could not feel Lasley’s punches as she fought to survive. . . .

Lasley said she fell into the 80 percent category in the beginning. She felt completely frozen while her attacker was beating her. It wasn’t until her sister came upstairs, screaming and swinging punches, that Lasley said she got the motivation to start fighting for her life.