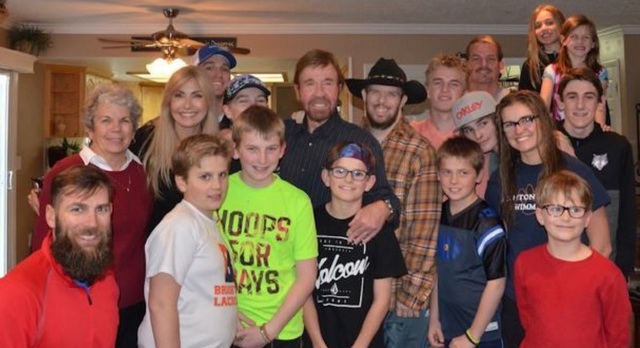 RM Who Received Surprise Visit from Chuck Norris Dies at 33

Mark Parry was known for his caring nature and for his love of life, his sister Stacey Anderson said.

He also had a passion for karate, earning a black belt, and he idolized martial arts legend Chuck Norris. KSL featured a special meeting between Parry and Norris after Parry had been diagnosed with stage 4 gastrointestinal cancer earlier this year.

Parry died Friday surrounded by his family after battling cancer for several months. He was 33.

Parry was born with Down syndrome, but that didn’t stop him from fulfilling an adventurous life. In addition to earning a black belt, he was an Eagle Scout and was active in the Special Olympics — winning a gold and bronze medal during the 2003 Special Olympic World Games.