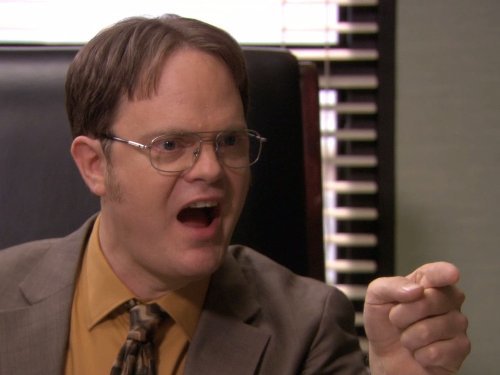 Rainn Wilson, A.K.A. Dwight Schrute from "The Office," Posts Picture of Missionaries Who Visited Him

On November 15, Wilson posted a picture of two lovely sister missionaries on Instagram with the comment, "I was visited by some very nice Mormon missionary Sisters this morning."

The post set off a host of responses, some glowing about their respect for Latter-day Saints and their kindness, others not so much.

However, when comments began turning negative or harsh, Mormons and non-Mormons alike tended to defend the missionaries and turn the conversation back around to the positive. As one Instagrammer posted, "Awe I love when people are tolerant of others beliefs❤ I admire the dedication that missionaries have."

While Wilson was kind enough to speak with these sisters, he probably already knew a little about LDS beliefs from his run on The Office. Mormons, after all, are mentioned in the show when Michael Scott makes a hilarious reference to LDS beliefs while talking with Meredith, whose drunken antics at the office party got out of hand. The conversation goes something like this:

Let's hope these sisters made LDS beliefs a little clearer for Wilson when they stopped by his home.