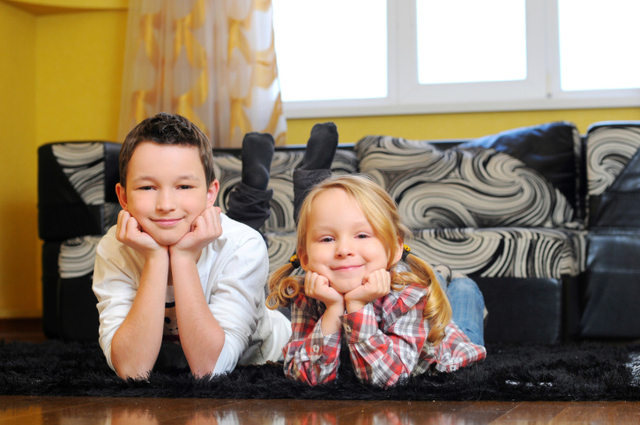 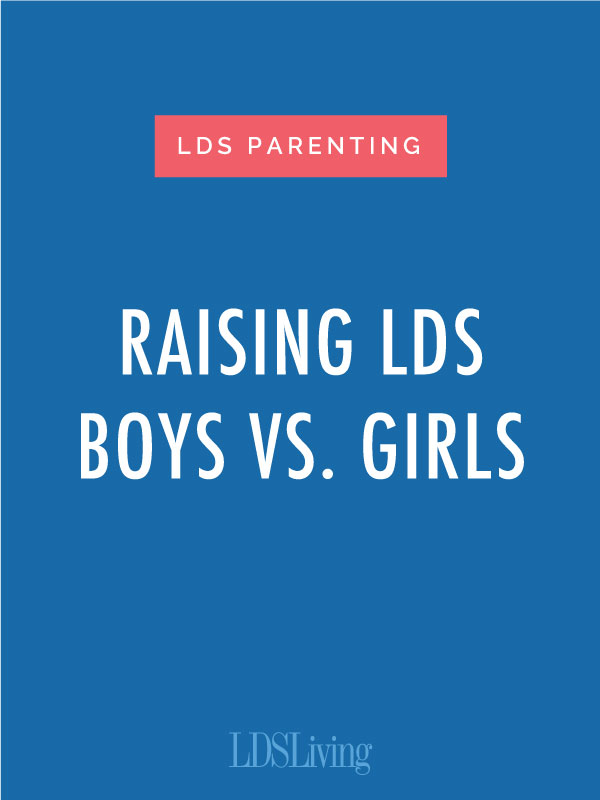 It's simple: boys and girls are different. In some cases, treating a daughter differently than a son makes sense; gender is a divinely appointed part of personal identity and our differences are important to remember and plan for. But in in the cases of modesty, Church awards programs, and technology, it might be best to consider parenting policies that don't favor one gender over another, as we've learned:

Recently, my 13-year-old son began lifting weights after school. As a result, he has developed large, well-defined muscles. Anxious to show off his new body, he asked me if we could go shopping for a tank top—a request that I immediately denied. "Why not?" he argued. “Because modesty isn’t just for girls,” I replied.

I can't help but notice how LDS girls are constantly reminded to be careful of their hemlines, necklines, and sleeve lengths. In fact, most parents I know are sticklers when it comes to how their daughters dress. But are we as equally concerned about our sons’ wardrobes being modest?

In For the Strength of Youth it reads:  “Immodest clothing includes short shorts and skirts, tight clothing, shirts that do not cover the stomach, and other revealing attire. Young women should wear clothing that covers the shoulder and avoid clothing that is low-cut in the front or the back or revealing in any other manner. Young men should also maintain modesty in their appearance.”

Perhaps there are more guidelines for young women than young men because of the varied nature of women’s fashion. Even within the FSOY guidelines, there is plenty of room for interpretation—what one might consider to be modest, another might not. How short is “short”? How tight is too tight? How does a young man “maintain modesty” in his appearance?

As the mother of boys, I have taken the stance that “what’s good for the goose is what’s good for the gander.” If young women have been counseled to cover their shoulders, then I think my boys should follow that same counsel. I have also talked with them keeping their shirts on while playing sports or mowing the lawn—out of respect for themselves and others around them.

Of course, modesty is about much more than what we wear—it is also about attitude, language, grooming, and behavior. But as a culture, we Mormons are quick to fixate on clothing. It just doesn't seem we are nearly as concerned when our sons' kneecaps are showing as when our daughters' kneecaps are.

I earned my personal progress medallion after years of meticulous, hard work when I was sixteen. In celebration, my parents purchased a beautiful CTR ring for me, valued at about $50. I got the necklace from my bishop in sacrament meeting, there was an announcement in my Young Women’s group, and that was the whole affair.

One of my brothers, a year and a half younger than me, earned his Eagle Scout rank in the year or so after I received my personal progress award (he got his Eagle young). For his post-award gift, my parents purchased an expensive gaming console with several hundred dollars. He was given an official Eagle Court of Honor—an official reception with speeches from friends and family about this achievement. And now he can list this accomplishment on resumes as an indication that he is trustworthy, loyal, helpful, friendly, courteous, and all the rest.

In a lot of different spheres, I’ve heard arguments go both ways for which is harder: personal progress or earning the rank of Eagle Scout. But more than which is harder, here’s my question: why does it matter? Both courses are designed to help strengthen the youth, male or female in their respective spheres. Both programs are quite lengthy, requiring more than a hundred hours across multiple years to attain. Both are wonderful accomplishments. And both should be celebrated with equal enthusiasm.

I’m really still quite fine with how things shook out with the reception I got for my award. I felt an inner sense of how important my accomplishment was and didn’t necessarily need the extra bells and whistles. I’m not saying we should honor Eagle Scouts less to make things fair—after all, they’ve accomplished something amazing that deserves recognition. Just maybe take a minute and really express to your daughters how proud you are of their hard work, too.

And in case you’re wondering: my brother’s gaming console has long since been broken or discarded, but I still wear that CTR ring.

A few months ago my young teenage brother wanted an iPod touch. He was told that he could have one if he earned the money for it himself. He worked to save his money and before long he was the proud owner of a brand new, shiny white iPod.

A few weeks later when I was talking to him about it, I was surprised to learn that my parents set a rule that he could not have it in his room. I was surprised about this not because it was a bad rule, but because I couldn’t remember any of my sisters or I having that rule. Sure, we all had rules against computers in bedrooms, picture text messaging, and late-night internet surfing, but iPods were mainly used for listening to music and playing games and the internet was shut off at a certain hour every night anyway. So why had my parents put this extra rule in place for my brother?

The Church encourages the use of technology to do missionary work, family history, connect ward members, and spread the gospel. And while there aren’t official guidelines about children and internet use in the church, members know they have been warned against the dangers of media technologies for ill purposes as well, meaning that raising the young “techie” generations to use technology wisely can be difficult, and rules can be tricky to decide and enforce.

Sometimes the pressures on boys in the church to grow up to be worthy priesthood holders and the influence of negative societal stigmas on boys cause parents to make more strict rules for their sons than their daughters. I think that my parents’ concern that my only brother, a young boy who - according to societal norms - was more likely to fall prey to curiosity and bad influences like pornography, pushed them to make an extra rule. While I respect my parents for doing the best they can, I think it is important for LDS parents to be consistent in their rules with their sons and daughters, especially when it comes to technology.

Though daughters may sometimes encounter bad influences in ways other than the internet, things like cell phones and snap chat are additional influences to be aware of. Merely protecting or preventing your sons from encountering technology is not enough, and being stricter with your sons can do your daughters a disservice. Technology is not going away in the foreseeable future, and both your sons and your daughters need guidance to learn how to use technology wisely.

Technology Lifestyle ParenthoodTechnology,Lifestyle,Parenthood,
Comments and feedback can be sent to feedback@ldsliving.com