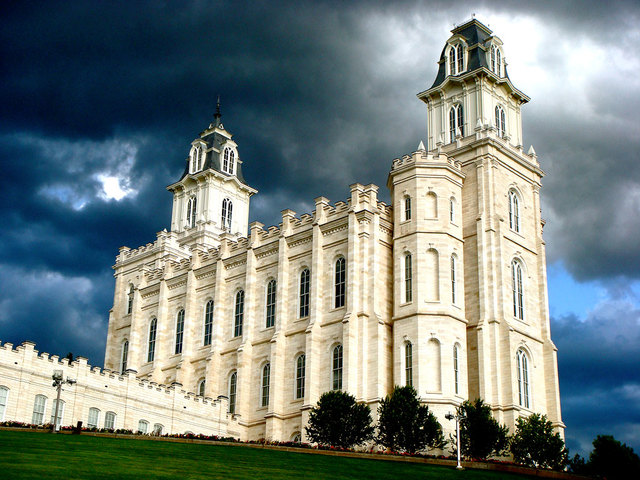 Mummies, Myths, and the Truth Behind the Only Dedicated Temple You Could Go Through Without a Recommend

Many rumors surround the hills and caves near the temple in Manti, Utah. With people claiming to have discovered everything from mummified remains to ancient plates, a great deal of myth and mystery shrouds the region.

In fact, one legend states that a Native American chief pointed to the temple hill, saying the place was the site of an ancient temple and altar but warned people not to explore the dangerous caves beneath the hill. Other versions of this legend state a tunnel under the hill was dug by a pioneer convinced he'd see chambers from ancient inhabitants. After a dream warned him to stop digging or he'd meet a terrible fate, he ignored the warning and was later found dead in the tunnel, supposedly killed by a heart attack.

While interesting, very little exists to support these stories. However, the facts and history behind the Manti Utah Temple and the hill it stands on are fascinating enough that they don't need embellishment.

When the pioneers first arrived in Manti in November 1849, they arrived to three feet of snow and very little protection. The Saints dug into a hillside, living out of caves and grottos that protected them from the ravaging winter winds and cold.

The hill that once saved the Saints physically soon became the site for a temple where Saints could obtain spiritual salvation.

Only Temple You Can Go Through Without a Recommend

Another interesting fact about the Manti Utah Temple is that, in addition to the pioneer tunnels and caves that surround it, there used to be a tunnel that actually went through the temple that cars and carriages could drive through. 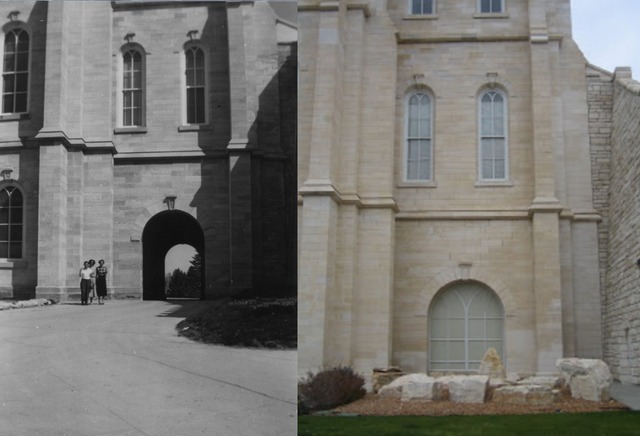 Images from the Utah State Historical Society from sanpete.com and thetrumpetstone.blogspot.com.

Since its original construction, the archway has been filled in, but people in Manti used to joke, "The Manti Temple is the only temple people can go through without a recommend."