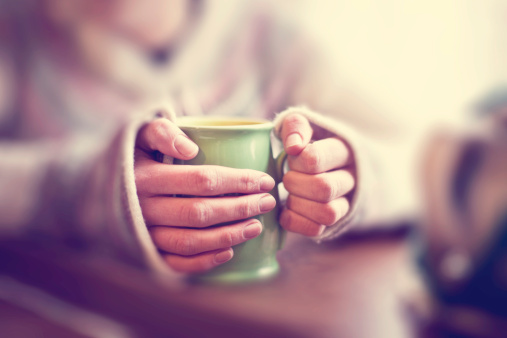 New Research Confirms: "Hot Drinks" Are Not Good for Your Body (but It's Not About the Caffeine)

Recently, the World Health Organization's International Agency for Research on Cancer (IARC), which includes 23 scientists from 10 countries, reviewed nearly 1,000 studies dealing with high-temperature drinks. Based on the evidence from these studies, the WHO has concluded that drinking hot beverages (anything about 149°F) is linked to a higher risk for esophagus cancer.

It's interesting that this finding didn't single out drinks such as coffee or tea, but merely groups all hot drinks into the same risk category. For years, Latter-day Saints have debated the interpretation of the Word of Wisdom in D&C 89:9: "And again, hot drinks are not for the body or belly."

Many have argued that this prescription is due to the high amounts of caffeine that many such drinks include, thinking that this disqualifies other drinks from the list. However, it's interesting that these new findings, as well as the wording in D&C, are identical, suggesting that the Lord gives us commandments to protect us from substances that are addictive as well as harmful, even if at the time we cannot understand their purpose.

The WHO's conclusion came from studies that linked higher rates of esophageal cancer with people who drank "extremely hot tea or coffee compared to those who consumed their drinks at lower temperatures," TIME reports. "Animal studies also seem to hint that even very hot water can increase the risk of this type of cancer, presumably because the temperature scalds delicate tissues in the esophagus; that damage may then trigger more rapid turnover of the cells, which can in some cases lead to out-of-control malignant growth.

"The group of probable cancer-causing agents in people includes 79 substances, most recently red and processed meat, fried foods, DDT, and the human papillomavirus (which is linked to cervical cancer)."

It's interesting that red meat is included on this list, creating yet another link to the Word of Wisdom: "Yea, flesh also of beasts and of the fowls of the air, I, the Lord, have ordained for the use of man with thanksgiving; nevertheless they are to be used sparingly."

The study found that it is the temperature of the drinks, not the substances themselves, that cause cancer, suggesting, as TIME points out, that drinking hot drinks at lower temperatures doesn't put people at risk for cancer besides esophageal cancer.

For the full story, check out the TIME article here.