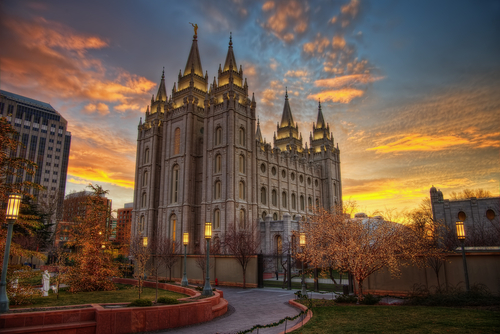 Remembering the Salt Lake Temple as It Closes for 4 Years

As the Salt Lake Temple closes for extensive renovations over the next 4 years, here is a look back at some of our favorite articles we've shared about this historic House of the Lord and the surrounding Temple Square. 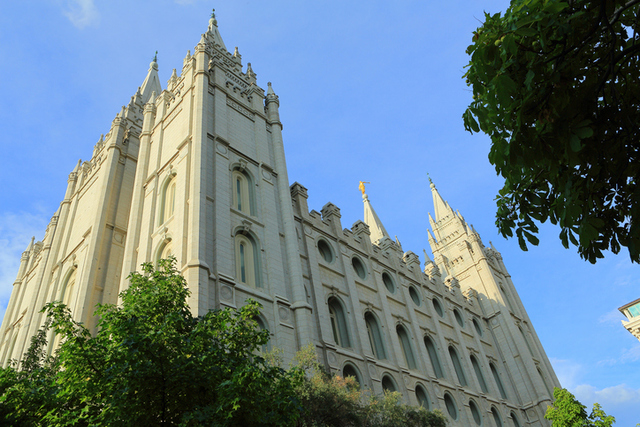 Latter-day Saint legends. We’ve all heard at least one of them in our lifetime—an incredible story that sounds almost too inspiring to be true because, well, it isn’t. One has to do with the iconic Salt Lake Temple. It goes something like this:

“When Brigham Young was designing the Salt Lake Temple, he felt inspired to leave empty shafts in several places in the temple. Nobody knew why they were put there originally, but years later temple engineers discovered that the shafts were exactly the size needed to install elevators in the temple.”

I’ve heard this story repeated by well-meaning Sunday School teachers, good friends, and a variety of others as a way to “prove” the sacredness of the temple and Brigham Young’s calling as a prophet. Whether or not this story is true, however, we can gain a testimony of both of these things. So before we jump on the bandwagon and start sharing this miraculous myth with all our Facebook friends, let’s take a look at a few facts. 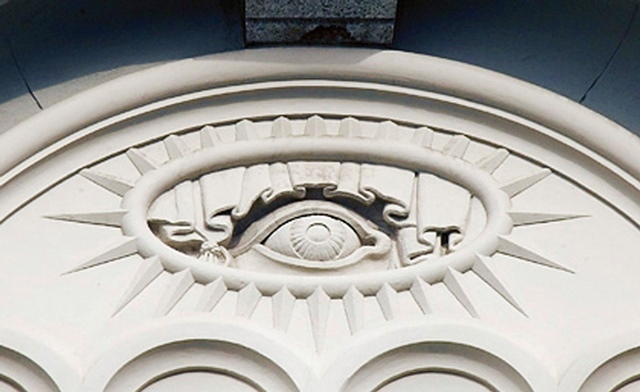 In the 40 years it took to build the Salt Lake Temple, stonemasons and builders didn’t just spend weeks and years making a structure to house sacred symbols and ordinances—they also spent time creating and incorporating significant spiritual symbols on the outside of the temple. Many are similar to those found such as the changing phases of the moon, but a few are distinctive to Salt Lake. Here are just of few to keep an eye out for. 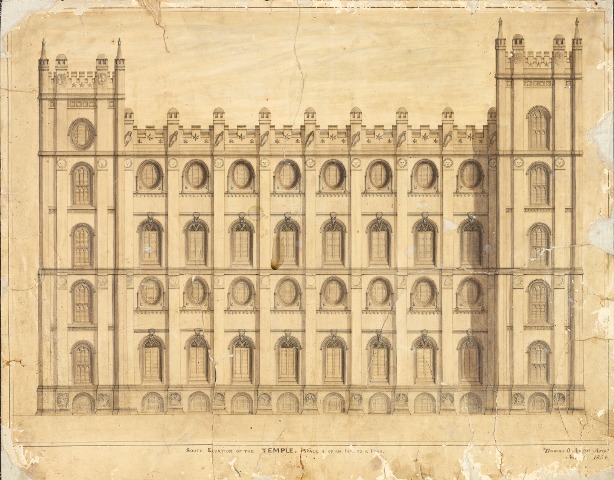 10 Things You Didn't Know About the Salt Lake Temple 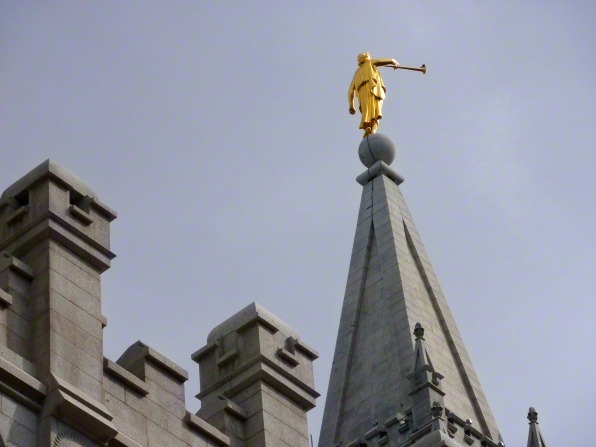 The Salt Lake Temple is an iconic building for members of the Church. The history behind the temple and the sacrifices early Saints made to complete it are inspiring and touching.

We’ve all heard how it took 40 years to complete, but there’s so much more to the story of how the temple came to be what it is today. The rich history and little-known facts about the Salt Lake Temple give us even more to love and appreciate about this house of the Lord. 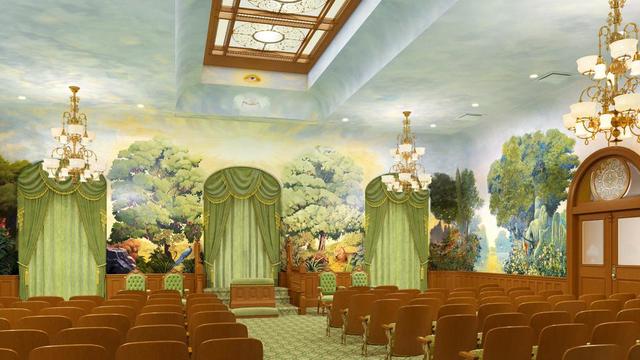 Additional renderings showing the planned renovation of the Salt Lake Temple of The Church of Jesus Christ of Latter-day Saints have been released.

In advance of the temple’s closure at the end of December, Church representatives briefed members of the media Wednesday, December 4, 2019, about the initial phase of construction and enhanced offerings for guests who visit Temple Square during the project.

“We are working hard to prepare for the beginning of construction in a few short weeks,” said Brent Roberts, managing director of the Church’s Special Projects Department. 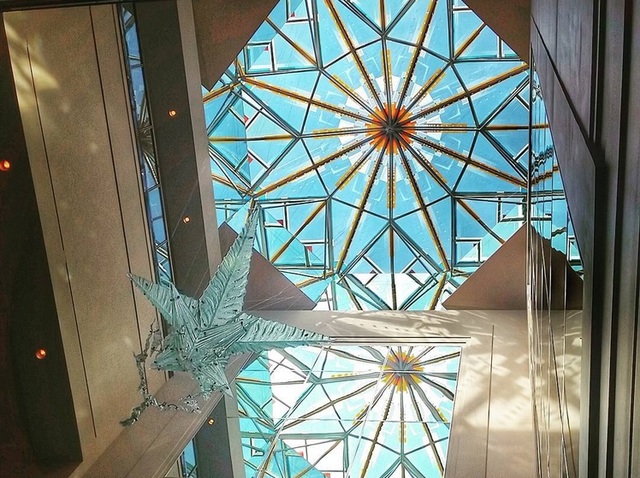 Take a look at these stunning images from around temple square—some of them unexpected—that will make you see it in a whole new way.

1. The unique Tabernacle roof was designed and built by Henry Grow, a bridge builder. He was asked to span as broad an area as he could without using interior supports. He constructed the roof like a lattice bridge, which vertically distributes the very heavy weight of the roof and keeps the sandstone buttresses in alignment.

2. When first built, the Tabernacle was the largest hall in the world unsupported by columns.

3. The original roof was covered with 350,000 hand-hewn, white pine shingles. It was replaced with copper sheeting near the turn of the century, which was then replaced with aluminum in 1947. 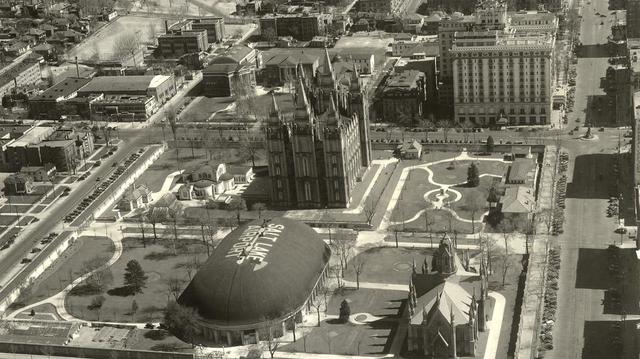 Whether snow is melting down the slick sides of the Salt Lake Tabernacle roof or sunshine is reflecting blindingly off of the shiny silver aluminum, visitors are familiar with the iconic building’s domed appearance. But did you know that it didn’t always look that way?

A historic photograph that was revealed at a Church press conference announcing details for the renovations in and around the Salt Lake Temple had an amusing detail that a lot of us probably overlooked: a black-roofed Salt Lake Tabernacle with white lettering on it.

“Pilots lost on their way to the Salt Lake airport just had to look at the tabernacle roof!” Bishop Dean M. Davies joked during the press conference.

The Story Behind Temple Square's Cedar of Lebanon: Why It Only Has Lights Every Other Christmas 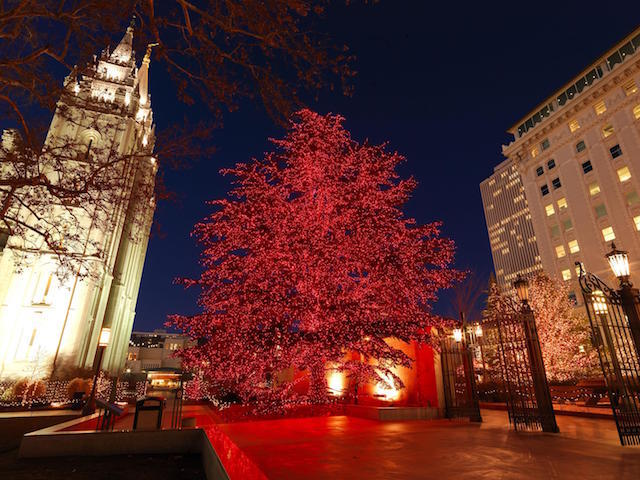 Walking around Temple Square in August, you might be surprised to see crews hard at work setting up Christmas lights.

But with hundreds of thousands of lights going up each year for the holidays, crews have to begin decorating the trees early, even if there's no snow forecasted for months to come.

And there's a special tree on Temple Square that is only lit up every other year—the 78-year-old Cedar of Lebanon tree.

Brought to Temple Square from the Holy Land in the purse of Mrs. Petty, it must have been difficult to imagine that the then 7-inch sapling would become the Square's most popular tree.

7 Things You Didn't Know About the Assembly Hall 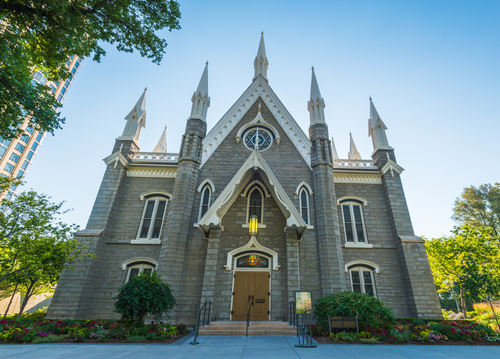 Originally finished in 1882 and renovated in the early 1980s, the Salt Lake Assembly Hall has been around for almost 140 years. It has hosted thousands of concerts, lectures, and Church meetings, and its architecture, acoustics, and historical significance have inspired the interest of both members and nonmembers alike. Here are seven fascinating facts you might not know about this historical building.

1. Brigham Young suggested the building of the Assembly Hall 18 days before he died.

Before the Assembly Hall was built, an old adobe tabernacle occupied the southwest corner of the temple block. But on August 11, 1877, in a priesthood meeting for the Salt Lake Stake, President Brigham Young suggested that the old tabernacle be replaced by a new structure for the stake to meet in. 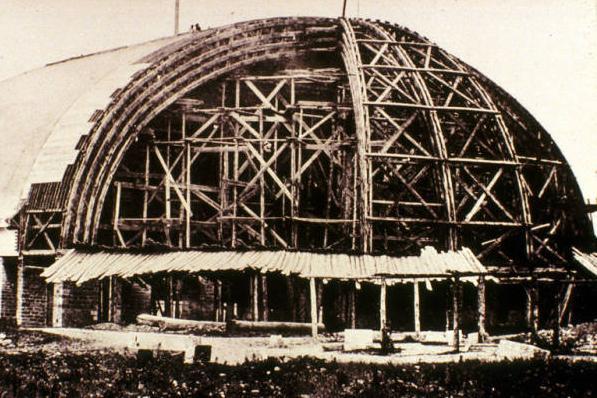 As one of the most iconic and aesthetically unique buildings on Temple Square next to the temple itself, the Tabernacle has long held a place in the Church's heritage. Home of the Tabernacle Choir and the gathering place for general conference for 150 years, the Tabernacle was extensively renovated from 2005-2007 to preserve its history and extend its life. Many people are familiar with the structure, but few know about some of the fascinating details and stories behind its construction and role in early Church history.

1. The current Tabernacle was based on a concept for a canvas tabernacle that was going to be built near the Nauvoo Temple to accommodate the thousands who came to listen to the Prophet speak. However, as persecution increased, the canvas tabernacle was abandoned and materials for it were used to outfit wagons going west with the Saints instead.

On July 4, 1887, a small floating candle balloon, which was a common type of firework back then, landed on the roof of the Salt Lake Tabernacle and burst into flames. The tabernacle's pine-shingled roof soon caught fire.

Luckily, 17-year-old George Albert Smith was sitting with his love, Lucy Woodruff, on her grandmother's porch, just across the street from the Salt Lake Temple.

George ran to the nearest telephone and called the fire department. But when firefighters arrived at Temple Square, they were unable to get past the locked gates, and the night watchman didn't have a key. 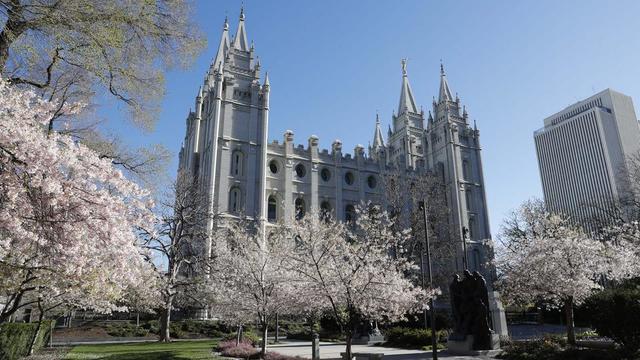 As part of the Salt Lake Temple renovation announcement, President Russell M. Nelson of The Church of Jesus Christ of Latter-day Saints said the church will make every reasonable effort to honor and maintain the temple's historic beauty.

"We will strive to preserve its reverent setting and character as originally directed by President Brigham Young," President Nelson said. "We promise that you will love the results."

Here are some questions and answers that will hopefully help those who are following the renovation of the Salt Lake Temple and Temple Square to better understand how the project will unfold in the coming years.

When will the Salt Lake Temple close? 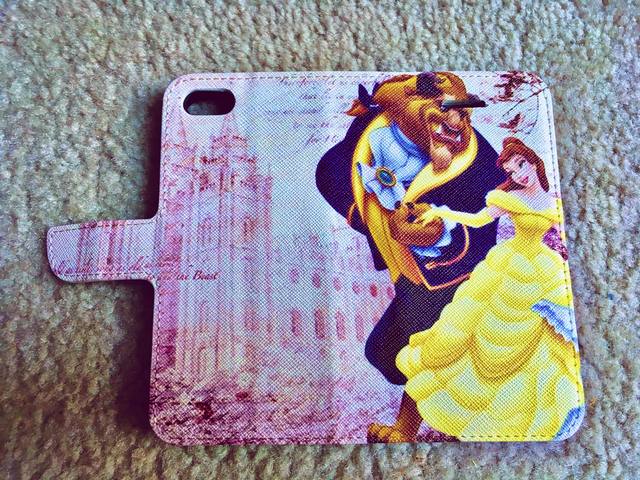 In addition to the lyric “Tale as old as time, Beauty and the Beast” written in script, a phone case depicting iconic Disney characters in front of the Church's most iconic temple contains lines from a D&C 123:17.

Katie Hoyos didn’t know what was missing from her Beauty and the Beast collection until she saw it: a phone case featuring Belle and the Beast striding toward the Latter-day Saint temple in Salt Lake City.